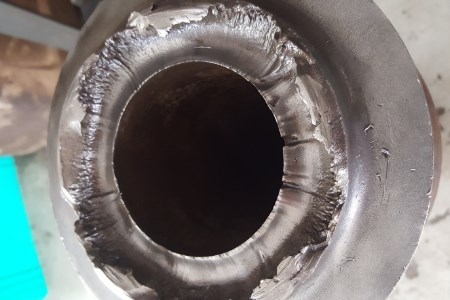 After a series of successful HyPR severances this year, the one-hour cut was achieved after a major operator became stuck around 13 000 ft due to heavy losses. After jarring attempts failed and having previously spent two days mobilising explosives to manage an earlier stuck pipe incident, the operator opted to deploy the HyPR HoleSaver, placed in the string for just such an event.

The HyPR put the operator back in control of the campaign very quickly. Requiring no additional topside equipment or personnel, the HyPR cut the string in just an hour, widely thought to be the industry’s quickest ever stuck pipe severance.

News of the one-hour recovery is spreading across the industry. Described by one client as ‘revolutionary’ and another as a ‘game changer for managing stuck pipe’, operator confidence and demand for the HyPR HoleSaver has risen rapidly.

Churchill’s Sales Director, Stewart Macindoe, who promoted the tool at this week's Offshore Europe, held in Aberdeen, UK, said: “The HyPR stuck pipe solution improves safety and saves drilling teams days or even weeks, so operators are increasingly switching to it for their stuck pipe risk management. They can now see a proven alternative to the millions of dollars it costs to mobilise specialist personnel and equipment, such as explosives, to manage stuck pipe incidents. Operators can now retain greater control of their campaigns by adding the HyPR HoleSaver as their primary stuck pipe contingency.”

He added: “Already leaders in downhole circulation and now with the one-hour HyPR Cut, operator confidence in the HyPR HoleSaver is riding high. We’re looking forward to showcasing the industry’s first ever HyPR Cut at Offshore Europe, where it will make its worldwide debut. We anticipate it being one of the major talking points of the Show.”

Read the article online at: https://www.oilfieldtechnology.com/product-news/06092019/operators-adopting-churchill-technology-to-tackle-stuck-pipe/