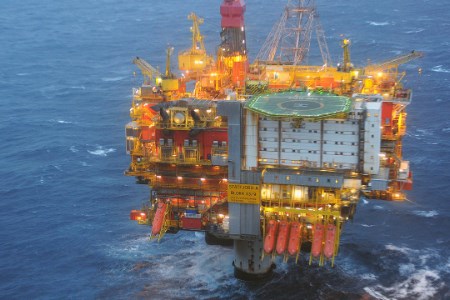 Stord will be responsible for the demolishing of the topside, while the contract for the engineering work, preparations, removal and disposal of the topside has been awarded to Excalibur Marine Contractors, a company in the Allseas group.

Kværner AS at Stord has been hired by Excalibur to dismantle and recycle the topside onshore.

The 48?000-t topside structure will be removed from the concrete legs in one single lift by the Allseas vessel the Pioneering Spirit.

The vessel has never performed a lift this heavy. It currently has a lifting capacity of 48?000 t, equal to the weight of the Statfjord A topside structure. The capacity will be increased prior to the lifting operation.

One of the oldest platforms on the Norwegian continental shelf, Statfjord A was originally scheduled to be shut down in 1999. It has since then undergone substantial upgrading and the platform life has been extended several times.

Since first oil on 24 November 1979 the Statfjord field has produced more than five billion barrels of oil and gas, generating more than NOK 1 500 billion in revenues.

The two other platforms on the field, Statfjord B from 1982 and Statfjord C from 1985, will remain on stream until 2025, at least.

Read the article online at: https://www.oilfieldtechnology.com/offshore-and-subsea/03052019/statfjord-a-platform-to-shut-down-in-2022/