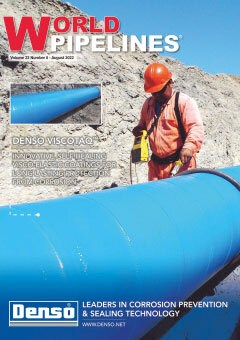 Have you ever had that feeling of unease as you leave the office for a long-awaited vacation, concerned that everything might not go smoothly in your absence? You’ve planned for this, you’ve handed over to the right people and you know you’ll pick things up on your return, but it’s hard to switch off and trust the process.

It’s a similar situation for the Nord Stream 1 gas pipelines, which were subject to a 10 day shutdown and maintenance period in mid-July. Gas supplies dropped to zero as the twin pipelines underwent what is normally routine, annually-scheduled maintenance. This year is different, though, amid concerns that the pipelines wouldn’t be turned back on.
Germany, the end point of the Nord Stream 1 pipelines, braced itself for the possibility that the halt of gas flow could become permanent. Ahead of the shutdown, Robert Habeck, Germany’s Economy Minister, said: “Everything is possible, everything can happen … It could be that the gas flows again, maybe more than before. It can also be the case that nothing comes. We need to honestly prepare for the worst-case scenario and do our best to try to deal with the situation.”
The planned shutdown is certainly an opportunity for Moscow to wield its power in the midst of international outrage about its aggressions in Ukraine. Nord Stream 1 gas flows were already running at a reduced rate of 40% before the shutdown, with Russia blaming sanctions (lack of access to spare parts) for this drop.
Russian President, Vladimir Putin, had been vocal about potential further reductions in flow, due to the roadblocks in equipment maintenance. Speaking to reporters after a visit to Tehran in July, Putin said there were five gas pumping units operated by Siemens Energy at Nord Stream 1, while one more unit was out of order due to “crumbling of inside lining.” Putin said: “There are two functioning machines there, they pump 60 million cubic metres per day … If one is not returned, there will be one, which is 30 million cubic metres. Has Gazprom something to do with that?” 1
In early July, Canada declared (after consultation with Germany and the International Energy Agency) that it would issue a temporary exemption to sanctions against Russia in order to allow the return from Montreal of a repaired Russian turbine that is required for the maintenance work to be carried out. In response, the Kremlin said it would increase gas supplies to Europe once the turbine was returned to Russia. Ukraine has objected to this, arguing it helps continue the continent’s dependency on Russian gas.
The Siemens Energy-serviced turbine is currently undertaking quite a journey: it was flown from Canada to Germany, and is now being sent from Germany by ferry and then delivered to the Russian Portovaya compressor station by land via Helsinki.
Ukraine’s President, Volodymyr Zelenskiy, has told Canada’s Prime Minister, Justin Trudeau, that Ukrainians would “never accept” Canada’s decision to return the turbine, saying the move violated sanctions.2
At the time of going to press, gas had just started flowing again through the 1224 km line and is expected to return to about 40% capacity, similar to levels seen before the shutdown began on 11 July.