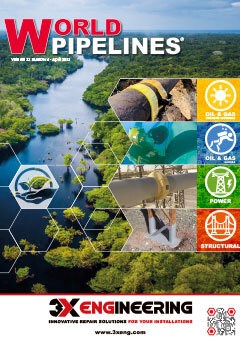 In late March, the US Federal Energy Regulatory Commission (FERC) announced a change of direction in relation to two recent policy statements on natural gas pipelines and infrastructure.

In late March, the US Federal Energy Regulatory Commission (FERC) announced a change of direction in relation to two recent policy statements on natural gas pipelines and infrastructure.

The policy statements in question, which were issued in February, were set to change how natural gas pipelines are approved by the commission. The commission would be required to determine whether a project is needed to meet the energy demands of a given region, and whether it is in the public interest. The statements essentially brought additional climate and environmental scrutiny to new fossil fuel projects.

Now, FERC has voted unanimously to change the status of these policy statements (by downgrading them to drafts) and will solicit input and consider changes to the policies. FERC has also agreed that any changes that are ultimately made to its policy statements will not be applied to projects that are already pending, and it also approved three pending pipeline projects.

In support of the changes, the American Gas Association said that “left unrevised, the 2022 policy statements will actively discourage the development of pipeline infrastructure, reduce reliability, raise consumer costs and create deep uncertainty that will destabilise the competitive markets.”

Nations all over the world are faced with re-evaluating their energy security in the wake of Russian aggressions in Ukraine. US Senator John Barosso said: “America and our allies need more, not less, natural gas and natural gas infrastructure. President Biden and his appointees should be working to make it easier to develop and deliver this critical resource. FERC’s decision to step back from its destructive natural gas policy statements is a first step.”

Looking outwards, the US has announced its willingness to supply the European Union with up to 15 billion m3of additional LNG by the end of 2022. Europeans must wean themselves off Russian gas, and American gas producers and exporters of LNG could fill that gap. With 14 LNG projects federally approved but not yet built, the US industry could roughly double its exports without the need for major regulatory approval. These projects are awaiting a final investment decision from developers, so some investment is still needed.

The European Commission published a proposal to reduce dependence on Russian energy on 8 March, which included plans to increase LNG imports from countries other than Russia, and to increase usage of renewable energy.

European nations will need to act quickly to build the necessary infrastructure to receive the gas. Germany has announced plans to fast-track the construction of two LNG import terminals, since placing the Nord Stream 2 pipeline project indefinitely on hold. Europe will look beyond the US though: Qatar is planning an LNG expansion project to be completed by 2025, and Denmark has issued a new environmental permit for the Baltic Pipe gas pipeline (after suspending it last year). The pipeline will transport gas from the Norwegian North Sea to Poland via Denmark.