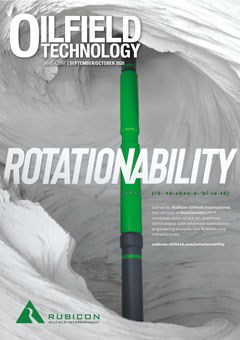 The three most immediate basic needs for human beings are: food/water, shelter and clothing. Overtime this list has grown to include sanitation, education and healthcare. Depending on the agency being asked, the list of basic needs can vary but one unexpected basic need that has become intrinsic in the modern world, particularly during the current pandemic, is the internet.

In May 2020, while lockdown was still in almost full effect here in the UK, I moved house. This move had been pushed back three times in the space of two months, and the primary factor was simply that I was unable to get an internet connection set up in my new residence – something I could not live, or at least work, without.

With lockdowns being put into effect around the world, millions of people were forced out of their daily routines and companies had to rapidly adapt their processes in order to allow employees to work from home where possible.

Combining the impact of the COVID-19 pandemic with tumultuous oil markets has left cause for concern over the wellbeing of the workforce and the future of oil and gas operations. In order for companies to survive and thrive, safely digitalising procedures within the industry has become essential.

The Fourth Industrial Revolution (or Industry 4.0) is the ongoing automation of traditional industrial practices, using modern smart technology. Over the course of the last six months particularly – though it has been used increasing throughout the industry over the last decade – there has been an unprecedented rise in smart technology applications.

In September 2020, the World Economic Forum recognised Saudi Aramco’s Khurais oil facility as a leader in the adoption and integration of cutting-edge technologies of the Fourth Industrial Revolution. This recognition was announced one year to the day that the Khurais oilfield was attacked by drones in 2019, demonstrating the significance of this achievement, even under the most difficult challenges.

Further west, in the UK North Sea, Neptune Energy have announced their partnership with Eserv, a 3D technology specialist, as part of the ongoing digitalisation of Neptune’s Cygnus gas platform as well as other assets. Using 3D and artificial intelligence (AI) technologies, the companies have created a digital map of all three bridge-linked jackets, enabling asset integrity issues to be detected early, which in turn helped Neptune plan fabric maintenance on Cygnus.

Around the world, companies are making extraordinary moves to digitalise their assets in order to ensure their performance even in the most dramatic of circumstances. In this month’s issue, Oilfield Technology contains a range of technical articles on digitalisation within the industry, among other hot topic features. Furthermore, this issue also contains our Downhole Tools review, which presents an overview of the recent developments in downhole tool technologies and services. To read more, turn to p. 42.