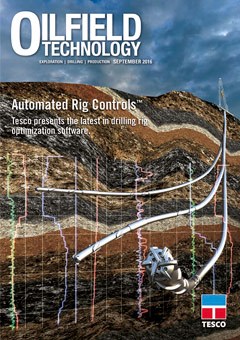 Is the worst over for the oil price?

Daniel Yergin of IHS Markit Ltd seems to think so. During a recent interview at ONS in Stavanger, Yergin argued that the market was now in a “recovery phase”, with the current oil price being too low to support investment in projects that would meet rising demand over the coming years. Prices aren’t likely to shoot up overnight though, with Yergin noting that once the oversupply is dealt with, there will still be “an extra billion barrels of inventories” left to burn through first.1

In further positive news, Douglas-Westwood have predicted an imminent recovery in the onshore sector between now and 2020, with reports showing investment increasing by 11% year-on-year globally and rates as high as 29% year-on-year in North America.2

There are also reports that Saudi Arabia (de facto OPEC chief) might be once again mulling a production freeze in a bid to support its ailing finances and provide a profitable environment for the upcoming IPO of state-giant, Saudi Aramco. Preliminary valuations of the company range from US$2 – 4 trillion! In addition, sources interviewed by Reuters have suggested that after two years of financial difficulty, OPEC members are beginning to find some common ground. Indeed, Saudi Foreign Minister, Adel al-Jubeir, told an audience in Tokyo that Saudi Arabia would consider working with other producers on changes to production, stating that “If you want to have an impact then all of us have to shoulder the responsibility, and I believe over the past five or six months, I believe that there has been an increasing realisation that this is a collective effort.”3

The idea that OPEC members might finally be finding common ground has gained further credence as Iraq, OPEC’s 2nd biggest producer, has announced clear support for a production freeze. At a recent press conference in Baghdad, Prime Minister Haider al-Abadi said, “We support freezing oil production by OPEC due to the sharp decline of oil prices.”4 It had long been a common assumption that Iraq, which is hugely dependent on oil revenues to support its fight against ISIS, would be against any restriction on its ability to produce as much oil as possible.

Russia’s President Putin has also struck a conciliatory note, saying that a production freeze would be “the right decision for world energy,” and that “from the viewpoint of economic sense and logic, then it would be correct to find some sort of compromise.”5 Putin, having noted that previous talks held in April collapsed after disagreements over Iranian involvement in a freeze, even made the point that Iran should be made exempt. It’s perhaps little wonder that Russia is in favour of an agreement, as the country is suffering from its worst recession in decades.

Despite the positive news, it’s probably too soon to crack open the champagne just yet – after all, this is nothing that we haven’t heard before. We’ll hopefully get some more information on 26 - 28 September when OPEC members (and Russia) meet to discuss these proposals at the International Energy Forum in Algeria. On those same dates, the Oilfield Technology team will be attending SPE ATCE in Dubai (Stand 5067); if you’re at the show, drop by and let us know what your company is doing to fight the downturn!