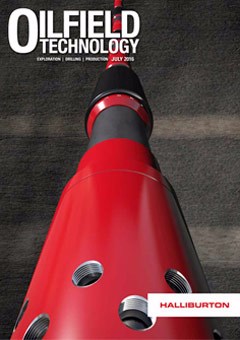 It came as a surprise to many on the morning of 24 June to find that just over half of UK voters (52%) opted to leave the European Union and begin the process of ‘Brexit’. For markets, which love stability, the news of such a sudden and unanticipated change of course by one of the world’s leading economies was alarming. The value of Sterling fell below a 31-year low point,1 global stock markets lost US$3 trillion in value,2 and Brent crude prices dropped by 5% overnight.

For those of us watching the oil price, it was disheartening to see months of growth lost in a few hours. However, much of the damage appears to have been as a result of initial, knee-jerk reactions to the outcome of the vote – oil prices recovered soon after. After all, the fundamentals dictating the state of the industry are still largely in play; the world’s major producers continue to pump as much oil as they can, often in a bid to maintain market share and drive less cost-effective producers out of business.

Indeed, even the UK’s domestic oil and gas industry has thus far seemed relatively unshaken by the decision. Whilst concerns have been raised over how it might become harder for companies in the UK to hire foreign talent, key factors such as taxation and regulation remain unchanged. As it stands, the government has yet to trigger Article 50 (the legislation that actually begins process of leaving the EU), and political manoeuvring in Westminster means that it could be well into next year, if not 2018, before the roughly two-year process can begin.

There are, however, storm clouds on the horizon. New data from China and Asia is expected to show weaker than expected trade and investment figures along with anaemic industrial output and predictions of imminent economic support measures. A report from Barclays stated that, “The deterioration in the global economic outlook, financial market uncertainty and ripple effects on key areas of oil demand growth are likely to exacerbate already-lacklustre industrial demand growth trends.”3 Further weighing down the oil price is the news of breakthrough agreements between the two competing National Oil Companies in Libya. The agreements could herald an eventual political union between the country’s two rival governments; if this occurs, then Libya could be back on the path to producing ~1 million bpd, a marked increase from its current level of 328 000 bpd. Bjarne Schieldrop, chief commodities analyst at SEB, was quoted by the Financial Times as saying, “If the deal materialises it will have a real and considerable impact on the oil market balance for 2017 potentially cancelling out any projected deficit.”4

It remains to be seen exactly how these events will impact the global economy and the oil industry in the long term; predictions seem to vary from the apocalyptic to the reassuringly optimistic. Here’s hoping the optimists win out because, as Douglas-Westwood have highlighted, “the greatest risk to the energy industry is surely a global economic slowdown, which would suppress oil prices for longer and delay investment in exploration and production.”5 A slowdown in demand coupled with an increase in supply is the last thing the upstream industry needs.

The oil and gas industry will survive this downturn, there’s no doubt about that, but there are still plenty of hurdles on the path to recovery.