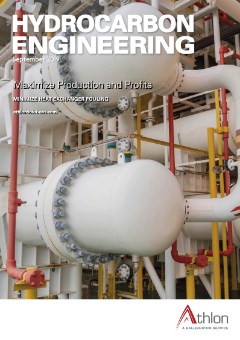 Summer holidays! A time for relaxing, recharging the batteries and spending some quality time with friends and family. Wonderful stuff. Unless, of course, you’re a cost-conscious Brit with plans to head to mainland Europe or further afield for some well-deserved sun. The ongoing uncertainty surrounding Brexit – and the increased threat of the UK leaving the EU on 31 October without a trade deal since Boris Johnson was named Prime Minister – has seen sterling recently plummet to a two-year low against the euro.

The UK’s refining sector is the latest industry threatened with the potential implications of a no-deal Brexit. Recently leaked government documents, setting out the potential aftershocks of the UK leaving the EU without a deal, suggest that the country faces shortages of food, medicine and fuel. The dossier warns that 2000 jobs could be lost if the government sets petrol import tariffs to 0%, potentially causing two oil refineries to close.

An internal local authority document recently seen by the BBC suggests that the UK’s refineries face a “danger to viability” from cheaper imports under current government plans for a no-deal Brexit. Meanwhile, exports to the EU are set to be hit with tariffs.1

The UK government’s current stance is not to apply tariffs to imports of petrol in the event of a no-deal Brexit, in order to lessen the inflationary impact on prices. Meanwhile, the EU has announced that it will apply a tariff of 4.7% to UK exports (under World Trade Organization rules), which would make trade with European countries, including neighbouring Ireland, uneconomical according to experts.

Cheaper imports may result in lower fuel prices for consumers in the short-term, but the UK refining industry has warned of the dangers of relying on imports. Stephen Marcos Jones of the UK Petroleum Industry Association recently claimed: “We could end up in a situation where it becomes extremely uncompetitive for a domestic industry to stay in the UK.”

Indeed, there are concerns that a no-deal Brexit would make it harder for Valero to increase investment in its Pembrokeshire refinery. The Member of Parliament for Preseli Pembrokeshire, Stephen Crabb, said: “[Valero is] not suggesting in any way that a no-deal Brexit would mean the end of Valero in Pembrokeshire but clearly it would increase the challenges of operating successfully in the UK at a time when UK oil refineries need all the help they can get to compete internationally.” The General Manager of the refinery, Ed Tomp, added: “We are concerned that 0% import tariffs on petrol could create an unfair advantage for importers, resulting in a negative impact on all UK refineries.”2

The problem for the UK government is that making any changes to its no-deal tariffs is certain to lead to demands from other industries, also worried about the potential threats that lie ahead.

Concerns also linger that a no-deal Brexit could lead to fuel shortages, and some local councils are taking urgent steps to ensure that their fuel tanks are full to the brim.

It’s fair to say that the sooner our politicians return from their summer break, the better...