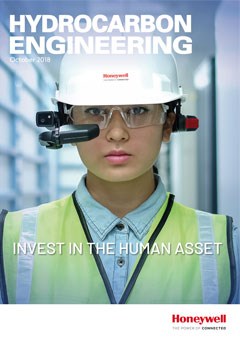 Oil prices recently hit a four-year high after OPEC and its allies refused to bow to pressure from US President Donald Trump to increase production. Prior to the 10th meeting of the Joint OPEC-non-OPEC Ministerial Monitoring Committee (JMMC) in Algeria on 23 September, President Trump tweeted: “The OPEC monopoly must get prices down now!”

The meeting took place to discuss global supply levels and imminent US sanctions on Iran, which have resulted in a fall in sales of Iranian crude oil from buyers wary of financial penalties from the US. Reuters reported that OPEC and other producers had discussed raising output by 500 000 bpd.1 However, producers ultimately decided against further output increases as they continue to work towards 100% conformity with the targets agreed in late 2016. Saudi Arabia’s Energy Minister, Khalid Al Falih, told reporters that the oil market is “adequately supplied.” He added: “The biggest issue is not with the producing countries, it’s with the refiners, it’s with the demand.”2

The decision not to increase the output saw Brent crude climb to its highest price since November 2014 at over US$81/bbl. Mercuria Energy Group Ltd and Trafigura Group are predicting that prices could now rise to over US$100/bbl by early next year. Although experts at Cantor Fitzgerald Europe (CFE) do not foresee US$100 oil anytime soon, they expect oil to trend higher (perhaps to US$90/bbl) following the OPEC+ meeting. Ashley Kielty, Oil & Gas Research Analyst at the financial services firm, said: “In reality, we don’t believe OPEC can actually raise output significantly in the near term […] as the physical spare capacity in the system is not that high, plus any increase will be largely offset by the lost production from Venezuela and Iran.” CFE believes that OPEC is happy to sit back and see how the US’s sanctions on Iran and the trade war with China play out before acting. The next meeting of the JMMC is set to take place on 11 November, a week after the Iran sanctions take effect.

OPEC has also released its ‘2018 World Oil Outlook’ (WOO), providing an assessment of the medium and long-term prospects for the global oil industry to 2040. The WOO expects oil to remain the fuel with the largest share in the energy mix throughout the forecast period, with total primary energy set to expand by 33% between 2015 and 2040. OPEC expects natural gas to see the largest demand growth in absolute terms, while renewables will have the largest growth in percentage terms. The WOO has also revised the long-term oil demand upward, with total demand at over 111.7 million bpd in 2040. Long-term demand growth will come mainly from the petrochemicals sector (4.5 million bpd), followed by road transportation (4.1 million bpd) and aviation (2.7 million bpd). Global refinery additions are projected mainly in developing regions, led by Asia-Pacific and the Middle East.

In this issue of Hydrocarbon Engineering, Contributing Editor Nancy Yamaguchi explains why the Middle East and OPEC remain critical in the world of oil (p. 10). With price volatility possible in the coming years, Yamaguchi argues that the Middle East will remain central to market balance.