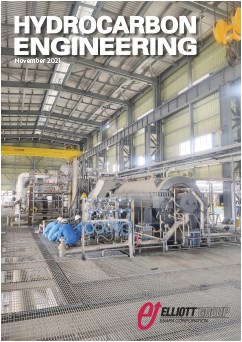 “Somebody is pranking us. I bet you a thousand dollars it’s not real. I’m going back to bed.”

Those were the words of Prof. David MacMillan, replying to a text message from Prof. Benjamin List who had contacted him to say that he had just received a phone call from the Royal Swedish Academy of Sciences to tell him that they had both won the 2021 Nobel Prize in Chemistry. Although he may have lost the bet, MacMillan confirmed that he was “very happy” to discover that the phone call was, in fact, genuine.

The two scientists were awarded the prize for the discovery of a new class of catalyst that has revolutionised advances in pharmaceutical research and allowed scientists to construct catalysts with considerably less impact on the environment.

Back in 2000, Prof. MacMillan and Prof. List – working independently of each other – developed asymmetric organocatalysis, which builds upon small organic molecules.

The Nobel Committee said that developments in this area since 2000 can be likened to a “gold rush” in the field. Within a decade of their first papers on the topic, more than 1000 papers a year were being published in the general area of organocatalysts.

Organic catalysts have a stable framework of carbon atoms, to which more active chemical groups can attach. These often contain common elements such as oxygen, nitrogen, sulfur or phosphorus. This means that these catalysts are both environmentally friendly and cheap to produce.

The rapid expansion in the use of organic catalysts is primarily due to their ability to drive asymmetric catalysis. When molecules are being built, situations often occur where two different molecules can form that are each other’s mirror image. Chemists will often only want one of these, particularly when producing pharmaceuticals.

Organic catalysts can be used to drive multitudes of chemical reactions, which researchers can use to more efficiently construct anything from new pharmaceuticals to molecules that can capture light in solar cells.

In awarding the prize, the Nobel Committee pondered why no one had come up with this simple concept sooner. The Committee suggests that Prof. List and Prof. MacMillan were able to see past strong preconceptions about how the world should work – such as the idea that only metals or enzymes can drive chemical reactions – to find an ingenious solution to a problem that chemists have struggled with for decades.

Innovations in catalyst technology are also playing a crucial role in the energy transition. This issue of Hydrocarbon Engineering includes a detailed article from Dr Meritxell Vila, General Manager of MERYT Catalysts & Innovation, looking specifically at the importance of catalysts in processing CO2 to chemicals and fuels. The article (starting on p. 25) outlines a number of projects in this field that are taking place in research centres across the world. We hope you enjoy this piece, and the many other excellent technical articles packed into this issue of Hydrocarbon Engineering.