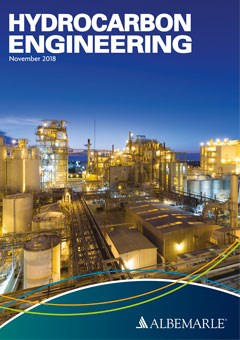 Truth be told, I have never been much of a gamer. Sure, I can remember my parents dusting off the Atari when I was little and playing ‘Pac-Man’ with my brother for hours. I can also recall the joy of completing ‘Street Fighter’ with my friends on a Friday night after school, and I will admit to devoting (some might say wasting) several months of my life to a soccer management simulation game throughout my teenage years (the team I managed did erect a statue in honour of my achievements, so I really don’t think you can classify that as misspent youth).

Ok... so perhaps I have had my moments with video games – enough to know how addictive they can be. And so I can understand why millions of parents around the globe are currently concerned about the amount of time their children are spending playing the global phenomenon that is ‘Fortnite: Battle Royale’. If you haven’t heard of Fortnite, there is a good chance that you have seen the dances popularised by the game (such as the ‘floss’), which have become playground crazes the world over. For the uninitiated, Fortnite is a third-person shooter game that drops 100 online players onto an island, where they build forts and fight to the death until one player is left standing.

It is estimated that more than 125 million people have played the game globally over the past year and this success can be partly attributed to two key factors: the game is free to play (if you don’t splurge on victory dances and costumes, which can be purchased separately) and it is available across a number of platforms, including PCs, consoles and mobile devices. Its accessibility has opened it up to a large audience, including an increasing number of female players, who account for 63% of the mobile gaming market.1 The game’s developers seem keen to capitalise on this audience (no doubt aware that female gamers are 36% more likely to make in-game purchases on mobile). In what has been seen as a move to attract more female (and younger) gamers, the latest version of Fortnite includes three ‘pets’ (a dog, a chameleon and a dragon, if you must know), which can be purchased in-game. Their purpose? Well, to look cute, of course.

The rise of female gamers could also be great news for the oil and gas sector’s future workforce. New research from the University of Surrey (UK) suggests that girls who play video games for more than nine hours a week are three times more likely to choose physical science, technology, engineering or maths (PSTEM) degrees compared to non-gamers. In addition, 100% of the girls studied who were already in PSTEM degrees were identified as gamers. Dr Anesa Hosein, who led the research, suggests that it is important to identify girl gamers early and encourage them to take up PSTEM subjects: “We need to encourage the girl gamers of today to become the engineering and physics students and pioneers of tomorrow,” she concludes.

As discussed in previous issues of Hydrocarbon Engineering, the oil and gas sector must do more to attract and retain a female workforce. Anything that encourages girls to take up PSTEM degrees is certainly worthy of exploration. So think twice before dragging your daughter, granddaughter or niece away from her latest battle royale. She could be honing the transferable skills necessary for a future career in the oil and gas sector.