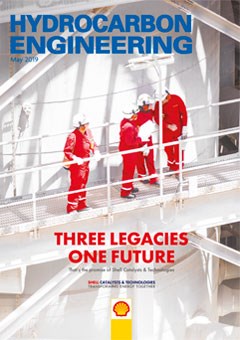 Astronomers recently captured the first ever image of a black hole, which is located in the Messier 87 galaxy, some 500 million trillion km away from Earth. Measuring 40 billion km across, the black hole is around 3 million times the size of earth.1 Scientists now hope that this first image will help them to uncover some of the mysteries of how black holes work.

On 15 April, Nature Astronomy published new findings from the Cassini spacecraft’s final flyby of Saturn’s largest moon, Titan, which took place in 2017. The radar data revealed that the small liquid lakes in Titan’s northern hemisphere are more than 300 ft deep, perched atop hills and filled with liquid methane.2 While scientists previously knew that the larger northern seas on Titan are filled with methane, they did not expect similar results in the smaller lakes. The data provides new information about the way liquid methane rains on, evaporates from and seeps into Titan, which happens to be the only planetary body in our solar system to have stable liquids on its surface (other than Earth). And where there is liquid, there may be life!

Avid readers of our sister publication, LNG Industry, may recall a comment that I wrote a few years back about the mysteries of Titan.3 The Cassini mission had previously discovered that the moon resembled a frozen version of Earth, with seas of liquid methane and ethane. The moon’s methane seas are similar in composition to LNG, which led researchers from Glenn Research Center (GRC) – one of 10 major NASA centres – to attend the CWC World LNG & Gas Series Americas Summit back in 2016. Their mission? To introduce the LNG sector to future plans to send a submarine to explore Titan’s largest northern sea, Kraken Mare. If the proposal goes ahead, the submarine will eventually dive below the surface of the sea to investigate oceanographic phenomena, including the chemical composition of the liquid, and sample silt that has been resting at the bottom of the sea for thousands of years. During the conference, I spoke to representatives from GRC, who explained that all of the components on the submarine must be LNG-rated, including the valves, compressors, shell and propellers. Dr Jason Hartwig, NASA GRC, said at the time: “If the sub goes through standard tech maturation […] there could be plenty of development work and opportunities for LNG companies to partner with us, run tests of their own, perform analysis, [become a] co-investigator on future proposals, help us with demonstration tests, etc.”

Collaboration remains key to the future success of the oil and gas sector, and it seems that partnerships with the ‘final frontier’ may become increasingly commonplace in the future. Earlier this year, Woodside and the Australian Space Agency signed a Statement of Strategic Intent and Cooperation, which aims to promote technology transfer between the two sectors. Woodside’s CEO, Peter Coleman, explained: “By looking outside our industry to the Australian Space Agency, we can accelerate the development of technologies that allow us to safely and efficiently manage assets in remote and harsh environments.”