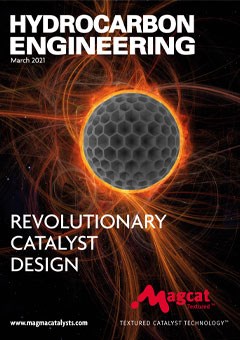 We Brits love to talk about the weather. Truth be told, I’m not really sure why, as we have one of the most temperate climates around. Maybe it’s because you can never be sure from day to day whether you are going to get rain, wind or shine. Our weather is predictably unpredictable, but never particularly dramatic. In stark contrast, much of the central US is currently reeling from the fallout of extreme winter weather.

In mid-February, Storm Uri disrupted energy systems and caused serious health and safety issues, particularly in Texas where President Joe Biden declared a major disaster. On 19 February, the US Energy Information Administration (EIA) reported that natural gas wells in the region had been affected by the freezing temperatures, and pipeline compressors lost power. Meanwhile, refineries in the area halted production. As of 17 February, IHS Markit estimated that more than 5.2 million bpd of Gulf Coast refining capacity and 730 000 bpd in the PADD 2 region had been impacted by the winter weather.1 These figures suggest that the latest storms have had a larger impact on the product supply system than Hurricane Harvey did back in 2017. At the height of Harvey, 4.8 million bpd of refining capacity was shut down.

However, IHS Markit notes that the refineries appear to be in relatively better condition than they were in 2017, when Hurricane Harvey caused major damage. IHS Markit expects that the vast majority of refining capacity would be able to quickly restore operations once power and natural gas supplies return to normal levels. And at the time of writing, Argus Media had reported that many of the refiners impacted by the extreme weather were expecting to return their facilities to service by early March. Argus estimates that approximately 3.6 million bpd of the refining capacity disrupted in Texas has disclosed some stage of restart activity.2

Scientists have linked this, and other extreme weather events across the world recently, to climate change. And it is inevitable that such disasters will continue to push the drive towards a cleaner energy future. This issue of Hydrocarbon Engineering includes a number of articles focusing on clean fuels and the environment, with the rise of hydrogen as an important tool in the world’s sustainable energy future a key topic. On p. 25, Chart Industries reveals how advances in LNG technology have paved the road for the build-out and scale-up of the global liquid hydrogen chain, and this month’s cover story from Magma Catalysts (alongside Unicat B.V. and G.W. Aru, LLC) focuses on the development of a new steam methane reforming technology for the future hydrogen economy. Meanwhile, starting on p. 21, Uniper Energy DMCC explores the latest developments in bunkering fuels, with LSFO, biofuels, LNG and hydrogen under the spotlight. However, the author, Lars Liebig, also warns that “haphazardly overhauling the energy basket in a rushed effort to hit governmental targets could trigger greater economic damage overall.” As ever, timing is everything.