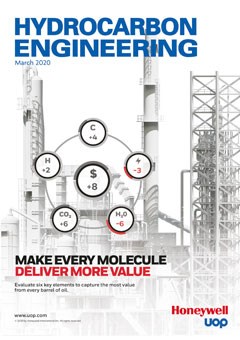 In the build up to the recent Academy Awards ceremony, the important topics of gender equality and racism were once again placed into the spotlight. Media commentators wrote opinion pieces decrying the lack of diversity and actors made acceptance speeches in support of colleagues that hadn’t received equal recognition (or indeed an equal chance).

There is evidence that the Academy is growing more diverse – and the fact that South Korean film ‘Parasite’ won best picture this year is certainly a step in the right direction – but progress is painfully slow. Behind the camera, the problem of diversity is perhaps most telling. While data on the ethnicity of writers, producers and directors is limited, recent research into the gender breakdown in such roles is revealing. Martha M. Lauzen, Executive Director of the Center for the Study of Women in Television and Film at San Diego State University, found that women accounted for just 26% of producers, 16% of writers, and 8% of directors.

Away from the silver screen, the topic of diversity in the oil and gas sector formed part of the recently published ‘Global Energy Talent Index’ (GETI) report from Airswift and Energy Jobline.1 The survey of 21 000 energy professionals and hiring managers found that 67% of employees believed that their organisation values the perspectives of people with different backgrounds and beliefs equally. However, it is telling that 16% disagree – a figure that needs to be substantially reduced. The report also found that just 41% of non-hiring employees (and half of hiring managers) say that their companies have programmes or initiatives in place to improve diversity and inclusion. While this figure may be partially down to visibility, it provides further evidence that there is room for improvement.

The report points to two sectors that are proving particularly popular for professionals in the energy industry: renewables and petrochemicals. The petrochemicals sector is benefitting from current global economic growth. More than half of respondents in the sector reported a pay rise in the last year, with 70% expecting a raise next year. Hannah Peet, Managing Director of Energy Jobline, notes: “Petrochemicals ties into other sectors beyond energy, which gives it a stable foundation. As you see continued economic development in parts of the world like Asia and Africa, you see the build out of petrochemicals capacity, contributing to growth.”

A recent report from Deloitte would seem to concur with the positive outlook for the petrochemicals sector. In its ‘2020 Oil and Gas M&A Outlook’, Deloitte notes that in order to capitalise on growing chemicals demand, most international oil and gas companies will continue to expand their downstream footprints beyond refining assets into distribution, retail and chemicals businesses, particularly integrated refining and petrochemical assets.2

Encouragingly, 91% of professionals in the petrochemical sector describe themselves as ‘engaged’ with their professional lives, according to the GETI report. However, it is important to note that men reported a higher level of engagement than women, while 39% of males surveyed felt ‘very valued’ by their organisation compared to just 29% of women. What’s more, women account for just 9% of workers in the booming petrochemical sector, according to the report. The women working in the sector put training, learning and development at the top of their priorities for feeling engaged, while also valuing flexible working, diversity, inclusiveness, remuneration and benefits. It would seem that the key to improving the satisfaction of existing female professionals – and encouraging more women to pursue careers in the energy sector – is improved training and development, while also placing diversity firmly in the spotlight.