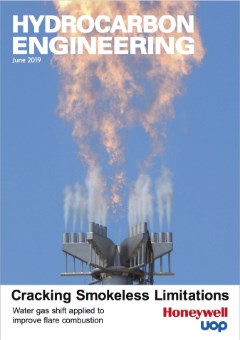 This was a major milestone for the project, which is expected to begin exports in the coming weeks.

However, President Trump’s celebrations would have been slightly marred by China’s recent announcement that it will raise the duty on imports of US LNG to 25% from the previous level of 10%. The new tariffs, due to take effect on 1 June, are in retaliation to the US increasing its tariffs on US$200 billion worth of Chinese goods.

In light of the fact that China is set to become the world’s largest LNG importer (Rystad Energy forecasts that Chinese demand will rise from 53 million tpy in 2018 to 95 million tpy in 2025) and the US is the fastest growing LNG exporter (with volumes set to reach 84 million tpy by 2025 based on currently sanctioned projects), the new tariffs are something of a fly in the ointment for the US’ burgeoning LNG sector.1

As Kevin Book, Managing Director at ClearView Energy Partners, explains: “The US has positioned its natural gas resource as hydrocarbon freedom – the administration has taken that stance. But the fight for freedom has gotten a little bit more difficult.”2

Since the initial 10% tariffs were introduced in September 2018, the US has delivered only four cargoes of LNG to China, compared to 35 cargoes in the previous September to April period, according to Wood Mackenzie.3 This is despite a 32% increase in Chinese LNG imports over this timeframe, and a 38% rise in US exports.

There seems to be general consensus that the new tariffs will have minimal impact on current US LNG facilities. Wood Mackenzie notes that while the Pacific markets will grow by 12 million tpy this year and 16 million tpy in 2020, global supply is set to rise by 38 million tpy and 30 million tpy in 2019 and 2020, respectively, creating flexibility to redistribute and optimise trade flows.

However, the ongoing trade war could have significant consequences for US LNG projects that are awaiting final approval. Most of these projects need to obtain long-term commitments from customers in order to secure financing for their development. Sindre Knutsson, Senior Analyst at Rystad Energy’s Gas Markets team, believes that Chinese buyers will be reluctant to sign new deals with US projects as long as the trade war persists. He said: “For example, Cheniere and Sinopec agreed late last year on a 20-year deal that would supply 2 million tpy of LNG to China starting in 2023. This deal could have been signed once the trade tensions were resolved, but due to the heightened tensions this has not happened.”

The tariffs also make LNG projects outside of the US more competitive in terms of breakeven price, according to Knutsson. Therefore, China could have greater bargaining power when negotiating new contracts.

Despite the industry’s enormous ambitions, it seems that the celebrations could be on hold for a number of prospective US LNG exporters, should the trade war with China continue to escalate.