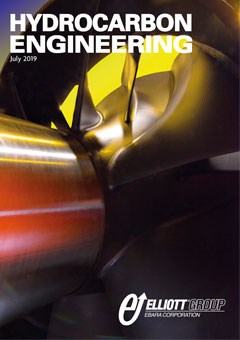 To say that Brexit is the big black cloud hanging over the British political landscape at the moment would be somewhat of an understatement. I have spent far too many of these comment pieces touching upon the subject as, truth be told, it is becoming something of an all-consuming monster. It is that constant nagging itch that you just can’t scratch, no matter how hard you try; always there, just sitting in the background, and preventing you from ever truly relaxing. By the time the next issue of Hydrocarbon Engineering lands on your desk, the UK will have a new Prime Minister in charge of Brexit negotiations (and hopefully other important issues at some point too); the country’s third PM since the public voted to leave the EU three years ago. At the time of writing, Boris Johnson and Jeremy Hunt are making their case to Conservative Party members as they battle to win the keys to 10 Downing Street. It’s fair to say that both men are focusing rather heavily on their ability to remove that big black Brexit cloud looming overhead. If (and it’s a big ‘if’) they are able to do so, we will all wait anxiously to see if that cloud is replaced by clear skies and bright sunshine or heavy thunderstorms.

Perhaps it would be fair to suggest that the impending IMO 2020 regulations are creating similar levels of anxiety for many in the refining sector. Regular readers of this magazine will have noticed the volume of articles on this topic throughout the year so far, and I can assure you that there are many more to come in the months ahead.

In its recently released ‘Global Fuels 12-month Outlook’, ESAI Energy forecasts that Asia will bear the brunt of the demand shift caused by the new sulfur cap. The region makes up 40% of global bunker demand, and the relative availability of marine gasoil (MGO) to low sulfur fuel oil (LSFO) in Asia means that MGO will be a more likely substitute in that market. In other regions, substantial shifts are taking place from high sulfur fuel oil (HSFO) to LSFO, and ESAI Energy expects that a big shift in demand will move global markets.

However, ESAI Energy forecasts that global economic growth and trade flows will continue to slow in 2020, with bunker demand set to fall. While this will reduce the impact of the sulfur cap, the market analysts still expect diesel spreads to get a boost and HSFO discounts to widen.

ESAI Energy Analyst, Chris Cote, comments: “IMO is going to hit Singapore hardest […] Complex logistical changes at storage depots are already underway, but we still expect hiccups come January in the world’s busiest bunkering hub.” Cote notes that Europe will also have to act quickly to comply with the new rule, adding: “In Rotterdam especially, HSFO is going to move into surplus quickly. The heavy discounts that result will weigh on the margins of some refiners there. Despite higher distillate premiums, there are going to be losers.”

In this month’s issue of Hydrocarbon Engineering, our regional report from Ng Weng Hoong takes a closer look at Singapore’s bunker market, as well as other issues impacting Southeast Asia’s downstream sector, starting on p. 10.