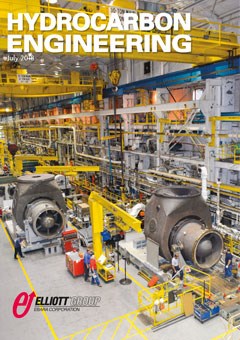 The outcome of the latest OPEC meeting has left analysts scratching their heads. The official line following the 174th meeting of OPEC members – and the subsequent meeting with leading non-OPEC producers – was as follows: “Countries will strive to adhere to the overall conformity level, voluntarily adjusted to 100%, as of 1 July 2018 for the remaining duration of the [Declaration of Cooperation].”

In other words, OPEC is aiming to ensure that production cuts return to 100% compliance with the targets agreed in late 2016, following an impressive rate of compliance that reached 147% in May 2018, according to OPEC figures. This means that more oil will need to be pumped. However, aside from this fact, the details remain sketchy.

Saudi Arabia’s Energy Minister, Khalid al Falih, reportedly claimed that output would increase by up to 1 million bpd.1 Where exactly the increased production will come from remains uncertain in light of the fact that several OPEC countries are unable to raise output, although it is likely that Saudi Arabia, its Gulf allies and Russia will be the ones to step up. Concerns surrounding Venezuela, in particular, are growing. The country is in the midst of an economic and political crisis that has already seen it involuntarily cut its output by 700 000 bpd in the past year, and experts warn that this figure is likely to grow. Meanwhile, Iran – who opposed the decision to increase production – faces fresh sanctions from the US, and there is the potential for a sustained period of supply insecurity in Libya. Paul Horsnell, Head of Commodities Research at Standard Chartered, has suggested that there could be a further drop in production of between 1.5 million and 2.3 million bpd from these three countries alone by the end of this year.2

Combined with the shortage of pipeline capacity in the Permian basin, which will see US production growth slowing, analysts have raised concerns about a limited amount of spare capacity in the market, which could lead to a potential price spike. As Bloomberg’s Energy Columnist, Liam Denning, explains: “While higher prices would bring a near-term windfall for Saudi Arabia and Russia, the cost would be steep, ranging from a tweet-rage from Pennsylvania Avenue to demand destruction and serious dissent in OPEC’s ranks as Iran and others see fellow [OPEC] members profiting further from their woes.”3

Of course, in the longer term, the prospect of a dramatic increase in US tight oil production is an even bigger problem for OPEC and other producing countries. The US will become a significant exporter as demand increases and in such a scenario, the Financial Times’ Nick Butler believes that continued management of supply by OPEC and other producers would be needed to avoid a sharp price fall.4

All of this serves to highlight the delicate balancing act that OPEC continues to face. We’ll continue to keep track of the latest developments at www.hydrocarbonengineering.com