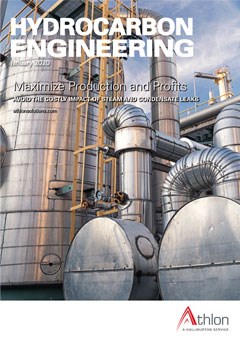 There is a certain feeling in the air that the 2020s are likely to be a defining decade for a number of industries, including the energy sector. Deloitte started its '2020 Oil, Gas and Chemical Industry Outlook' by talking about the importance of "walking the tightrope" across shifting sands this year, including weakening economic growth, ongoing trade tensions and political risks.1 With the recent assassination of Iranian military commander Qasem Soleimani, it would seem that the tightrope has become a little more frayed.

While the world awaits Iran's response, it is extremely difficult to assess the potential implications for the oil and gas sector. Immediately after the news broke, the price of Brent crude jumped 4% to hit US$69.50/bbl, and Citibank expects prices to remain high due to retaliation fears.

Aside from the growing political tensions, Deloitte also points to the impact of fundamental changes in the long-term business environment, particularly the disruption of this century's energy transition and the move towards sustainability. A special report from The Economist Intelligence Unit (EIU) forecasts that global energy consumption from non-hydro renewables will rise by 14% this year, outpacing other sources.2

As one example of the move towards a more sustainable future, we now live in a world in which the IMO's new sulfur emission regulations are in place, which could change the shape of global oil demand. Deloitte warns that "refiners could find themselves pinched not by not having enough IMO2020-compliant low-sulfur fuels but by having too much product overall." Meanwhile, the EIU notes that the regulations could significantly affect the prices of a wide range of petroleum products this year, with oil companies that have a stronger supply infrastructure and refiners with better crude-upgrading capabilities standing at an advantage. The EIU expects the price of high-sulfur fuel oil to decline as demand shifts, which could potentially encourage shipping companies to invest in expensive scrubbers if the price of sulfur-rich fuel becomes significantly low (Boston Consulting Group estimates that just 2000 of 60 000 ships will have scrubbers installed by the end of 2020, but this could rise to 11 000 by 2025 if the technology becomes more cost-effective).

As oil and gas companies battle to increase production each year while being carbon-conscious and addressing the sustainability concerns raised by their stakeholders, Deloitte outlines four "concrete steps" that they can take in the near term. Firstly, identify low-hanging fruit for reducing greenhouse gas emissions, such as eliminating methane leaks from existing infrastructure. Second, deploy renewables to reduce emissions from field operations. Third, explore the potential of CO2 enhanced oil recovery to increase production while sequestering carbon. And finally, as fresh water use and waste water disposal continue to challenge shale producers, it is important to invest in infrastructure to sustain operations. The report concludes: "Decisions made now can help companies better position themselves for the decades ahead, to thrive by anticipating disruptive change rather than reacting to it too late."