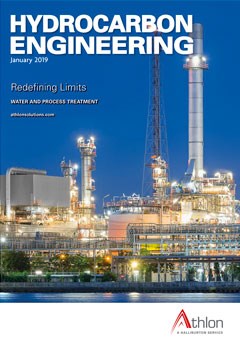 As we usher in 2019, many of us will have set personal goals and targets for the year ahead. Taking a quick straw poll of colleagues, some of the most common resolutions seem to include exercising more, taking up a new hobby, eating healthier, and spending more time with friends and family.

At the end of last year, OPEC and 10 non-OPEC producers met to discuss their own resolutions for the year ahead. Following intense negotiations, they eventually agreed to cut oil production by 1.2 million bpd for the first six months of 2019, starting on 1 January. The decision was the group’s latest attempt to help create a stable and balanced oil market, and follows broad consensus that 2019 is likely to see higher supply growth than global requirements. OPEC also noted that the global economic outlook for this year is slightly lower than for 2018, which combined with the implications of macroeconomic policies could have ramifications for global oil demand in 2019.

However, as anyone who has bought a gym membership, spiralizer or ukulele at the start of a new year may be able to attest to, the best-laid plans can quickly go awry. Crude prices failed to rally after OPEC’s announcement, diving to just above US$50/bbl at the end of last year in light of the aforementioned economic and supply concerns, as well as lingering geopolitical uncertainty. Back in December, several analysts raised concerns that the size of the production cuts may prove insufficient. Rystad Energy’s Head of Oil Market Research, Bjørnar Tonhaugen, said: “The OPEC+ agreement predictably came up short of what Rystad Energy argued would be required to fully balance the market in 2019. The agreed production cuts will not be enough to ensure sustained and immediate recovery in oil prices.” Greg Sharenow, a Portfolio Manager at Pacific Investment Management Co. (PIMCO), remains a little more optimistic, contending that the OPEC+ production cuts should eventually lead to “a gradual stabilisation of Brent prices and, dare one say, a return to a lower-volatility environment.”1 However, he warns that there are “known unknowns” that could quickly scupper such plans, including “whether the US is able to continue to exceed production expectations; whether the slowdown in the global economy devolves into something worse, or if policy makers can help change the trajectory; and how effective additional US pressure on buyers of Iran crude will be.”

All in all, it looks as though we are in store for another unpredictable year. Indeed, the International Energy Agency’s (IEA) Head of Oil Markets, Neil Atkinson, recently told Bloomberg that “Forecasting trends in the oil market for the new year looks to be even more hazardous than usual. There is a long list of uncertainties on the demand and supply side of the balance.”1 And if all that wasn’t enough, the IMO’s marine fuel regulations are now just one year away. “As the new year progresses […] we will learn whether the shipping and refining industries are prepared for this major regulatory change without serious disruption to the fuel market,” added Atkinson. In just one of the many articles that we are set to publish on this topic in the year ahead, KBC (A Yokogawa Company) discusses the operational challenges of IMO 2020 that refineries are set to face in 2019, starting on p. 45.