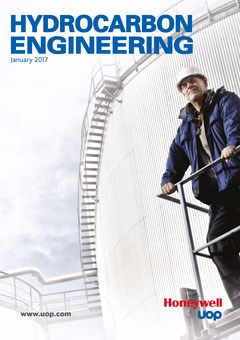 It’s fair to say that 2016 was one for the history books. In a year full of twists and turns, the decision taken by members of the Organization of the Petroleum Exporting Countries (OPEC) to cut oil production for the first time in eight years came as one last surprise. Despite OPEC members voting for a production cut back in September 2016, the oil price slumped by almost 4% in the days preceding the formal OPEC meeting in November 2016, as traders started to doubt whether a deal was really feasible. Rumours of key divisions between OPEC members threatened to derail the discussions.

However, the so-called ‘Vienna Agreement’ was finally struck without a hitch. Under the agreement, OPEC members have decided to implement a cut to crude production of 1.2 million bpd, effective from 1 January 2017. In a statement, the OPEC members said that the agreement “confirmed their commitment to a stable and balanced oil market”. Shortly after the deal was reached, several non-OPEC producers also agreed to cut their output by 558 000 bpd, marking the first global agreement since 2001.

Following the news, the price of Brent crude quickly climbed to US$56/bbl. The International Energy Agency (IEA) also suggested that the market is likely to move into deficit in the first half of this year by approximately 0.6 million bpd, if OPEC producers stick to their production target of approximately 32.7 million bpd and the non-OPEC producers also deliver on their pledges.1 Before the agreement, the IEA forecast that the market would rebalance before the end of 2017.

Although the agreements are certainly welcome news, some market experts remain doubtful that the production cuts will actually be implemented. And even if they are, the IEA warns that the proposed cuts are only for the first six months of 2017, with no guarantee of an extension. Furthermore, Shakil Begg, Head of Oil Research and Forecasts at Thomson Reuters, suggests that OPEC’s crude oil export capacities remain a key issue: “[…] As physical supply to the market (exports) is the most critical factor for a true rebalancing in fundamentals, a production cut does not directly translate into lower physical supply or exports immediately”.

However, there are promising signs that the OPEC members mean business. A committee has been set up (including two participating non-OPEC countries) to monitor producers’ output. What’s more, reports suggest that Saudi Arabia is willing to cut even more than its agreed level of 10.06 million bpd, if necessary. Analysts at UK-based brokerage, PVM, said: “If anyone needed a proof of Saudi Arabia’s commitment in their effort to deplete global oil stocks, here it is”.2

A lot is at stake in the weeks and months ahead. In its final Oil Market Report (OMR) of 2016, the IEA concludes: “Success means the reinforcement of prices and revenue stability for producers after two difficult years; failure risks starting a fourth year of stock builds and a possible return to lower prices”.

In this month’s issue of Hydrocarbon Engineering, Contributing Editor, Nancy Yamaguchi, takes a closer look at the implications of the production cuts, with an emphasis on the North African and Middle Eastern OPEC countries.