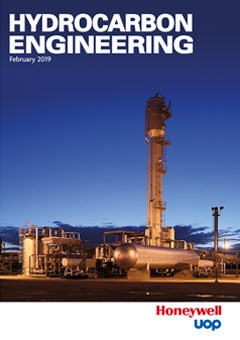 The global oil and gas industry is entering 2019 with a sense of renewed optimism and greater resilience, according to DNV GL’s latest report on the outlook for the industry, entitled ‘A test of resilience’.1 Of the 791 senior oil and gas professionals surveyed, 67% expect more large-scale, capital intensive oil and gas projects to be approved this year, with 70% of respondents planning to increase or maintain CAPEX in the year ahead, a figure that has nearly doubled since DNV GL’s 2017 report (39%). Around 65% of industry leaders also expect to raise or sustain OPEX in 2019, which is up from 41% two years ago.

The sector now “appears confident in its ability to better cope with market instability and long-term oil and gas prices,” believes Liv A. Hovem, CEO of DNV GL – Oil & Gas. However, she warns that a significant challenge for the industry going forward will be its resolve to maintain the efficiencies that it established during the recent market turndown. Indeed, the number of senior oil and gas professionals who see a permanent place for cost efficiency measures implemented during the downturn has fallen from 62% in 2018 to just 54% this year. Meanwhile, just 44% of companies plan to increase strictness on cost control, compared to a high of 72% in 2015. The downstream sector also raised concerns about a gradual cost creep in the coming years, with 60% reporting cost inflation from suppliers in 2018.

Promisingly, 34% of survey respondents expect to grow their workforce this year. However, the industry remains concerned about skills shortages and an ageing workforce, which is listed as one of the main barriers to growth, alongside the oil price, state of the global economy, and competitive pressure. DNV GL notes that the industry must work hard to address the challenge of attracting a younger workforce.

Interestingly, a separate report recently published by Airswift and Energy Jobline suggests that the petrochemical sector may have discovered a formula to attract the next generation of workers.2 The ‘Global Energy Talent Index’, which surveyed over 17 000 energy professionals, found that 83% of professionals in the petrochemical sector aged under 25 expressed enthusiasm about their career choice. Just 37% of these workers raised concerns about an impending talent crisis, compared to 47% of their older colleagues. Janette Marx, CEO at Airswift, notes a stark change in how the petrochemicals sector has been perceived over the course of the past year: “In last year’s report, we noted that petrochemicals was perceived as a bit of an outdated industry […] Now the tone is one of excitement and vigour. When oil and gas companies pulled back on their recruitment schemes, petrochemicals businesses swooped in on that talent. Now they’re harvesting the fruits of that approach.”

Hannah Peet, Managing Director at Energy Jobline, believes that petrochemical businesses have benefitted from developing a working culture that thrives on innovation, youthful vigour and community. “The opportunity is there to set the standard for how the energy industry cultivates talent […] As young people enter the sector, grow in their careers and communicate these benefits to the next wave of graduates, the calibre of new candidates gets even better.”