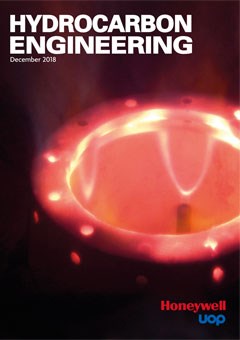 In its latest ‘World Energy Outlook 2018’, the International Energy Agency (IEA) reports that petrochemicals are set to become the largest source of growth in oil use.1

In light of this, it is perhaps unsurprising that the IEA recently published a separate report dedicated to the future of petrochemicals – an area that it considers a ‘blind spot’ of the global energy system.2 Dr Faith Birol, the IEA’s Executive Director, argues that the petrochemicals sector receives far less attention than it deserves: “Petrochemicals are one of the key blind spots in the global energy debate, especially given the influence they will exert on future energy trends. In fact, our analysis shows they will have a greater influence on the future of oil demand than cars, trucks and aviation.”

According to the report, petrochemicals are set to account for more than a third of the growth in oil demand by 2030, and nearly half of growth by 2050. The IEA notes that demand for plastics has nearly doubled since the start of the millennium, outpacing all other bulk materials, including steel, aluminium and cement. The sector’s huge growth potential is highlighted by the fact that advanced economies currently use 20 times more plastic and up to 10 times more fertilizer than developing economies on a per capita basis. What’s more, aside from the fact that they are used in lots of everyday products (e.g. packaging, clothing, digital devices, medical equipment and detergents), petrochemicals are also required to manufacture many parts of clean technologies that are set to drive the future of the energy sector, such as solar panels, wind turbines, batteries, thermal insulation and electric vehicles.

Given this growth potential, and the fact that currently dominant sources of oil demand (such as transport fuel) are expected to shrink in the coming decades, oil companies are looking to strengthen their links with the petrochemical market. The IEA notes that direct crude oil to chemicals (COTC) projects may become more prominent in the future, offering alternatives to traditional refining/petrochemical operations. For instance, Saudi Aramco and SABIC recently announced plans to develop a COTC project in Saudi Arabia. The complex, which is set to begin operations in 2025, is expected to process 400 000 bpd of crude oil and produce approximately 9 million tpy of chemicals and base oils.

However, it is important to note that petrochemicals present a number of environmental challenges, such as rising concerns over plastics pollution in our oceans. In its report, the IEA has outlined a Clean Technology Scenario (CTS) that sets out an ambitious but achievable alternative future that is in line with key UN Sustainable Development Goals. Under the CTS, air pollutants from primary chemical production decline by almost 90% by 2050, while direct CO2 emissions are cut by nearly 60%, and water demand is nearly 30% lower than in the base scenario. The IEA also notes that waste management improvements must be made to increase recycling. Under its CTS, the global average collection rate of plastic waste increases nearly three-fold by 2050.

As the importance of the petrochemical sector increases worldwide, Euro Petroleum Consultants examines the developing polyolefins market in Russia and the CIS in this issue of Hydrocarbon Engineering, starting on p. 10.