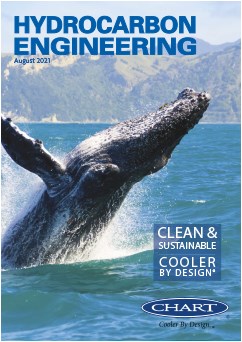 As I write this comment, the British Grand Prix (GP) motor race has just taken place at the Silverstone circuit in England, and was controversially won by British driver (and current world champion) Lewis Hamilton. Now, I’m no expert in Formula 1, so I won’t get into the complexities of Hamilton’s victory here, suffice to say that he crashed into his closest rival, Max Verstappen, taking him out of the race. Hamilton received a 10-second time penalty for his role in the collision, but was still able to go on to win the race. In the aftermath, Verstappen reacted angrily to Hamilton’s victory (and his “disrespectful” celebrations, in particular), and Hamilton was also subjected to racist abuse on social media, all of which resulted in the British GP grabbing even more headlines than it usually would.

However, before the race had even begun, some interesting comments from Formula 1’s Managing Director, Ross Brawn, had caught my attention. In an interview with the BBC, Brawn suggested that hydrogen-powered cars could be the future of the sport. Emphasising that sustainability is a central objective of Formula 1, which has made a commitment to become carbon neutral by 2030, Brawn said: “Maybe hydrogen is the route that Formula 1 can have where we keep the noise, we keep the emotion but we move into a different solution.” Zak Brown, the Chief Executive of racing team McLaren – who made a commitment to carbon neutrality in 2011 – has said that there is a lot of interest in the potential of hydrogen among racing teams: “The challenge that we have is to make sure that it is safe and can produce the amount of power that’s required to do the lap times that we do, and hydrogen is very much on the table.”1

As the world transitions into a more sustainable future, there is growing consensus that hydrogen will have a key role to play. This issue of Hydrocarbon Engineering includes a special focus on hydrogen (starting on p. 17), with a number of articles outlining the exciting opportunities that clean hydrogen can offer across various industries and applications. The articles also look specifically at how blue hydrogen may hold the key to unlocking the full potential of hydrogen in the energy transition.

And on the topic of environmental sustainability, Palladian Publications is proud to announce that we now use Carbon Balanced Paper in all of our publications, including Hydrocarbon Engineering and our supplement, Tanks & Terminals. Carbon Balancing is delivered by the World Land Trust, an international conservation charity, who protects the world’s most biologically important and threatened habitats. Its Carbon Balanced Programme offsets emissions through the purchase and preservation of high conservation value forests. Through land purchase of ecologically important standing forests under threat of clearance, carbon is locked that would otherwise be released. These protected forests are then able to continue absorbing carbon from the atmosphere. This is now recognised as one of the swiftest ways to arrest the rise of atmospheric CO2 and global warming effects. For more information about the initiative and the environmental benefits that it provides, visit: www.carbonbalancedpaper.com.