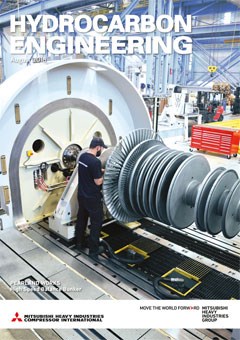 Following the World Gas Conference, which took place recently in Paris, France, a flurry of market reports and global outlooks for the natural gas industry have been arriving in my inbox.

Cedigaz, the International Association for Natural Gas, is forecasting that natural gas demand will grow by 1.4% per year between 2016 and 2040, as natural gas and renewables play a growing role in the global energy mix.1 The association’s ‘Medium and Long Term Natural Gas Outlook 2018’ suggests that the expansion of natural gas markets is supported by abundant and competitive conventional and unconventional resources, as well as a “very rapid growth of spot and flexible LNG.” China and the Middle East will lead the way in gas demand growth over the forecast period, followed by India, Iran, the US and Saudi Arabia. The outlook also predicts that the share of LNG in net interregional trade will increase from 40% in 2016 to 55% in 2040. Indeed, interregional LNG trade will grow at a rate of 4% per year. China and India alone are set to contribute more than 40% of the growth in international LNG imports, while Cedigaz expects Qatar to remain the world’s top exporter, with 21% of global LNG supply in 2040, followed by the US (19%) and Australia (17%). Cedigaz also notes that recent and future new importers and suppliers in the LNG market are driving the diversification and globalisation of gas markets.

While the International Gas Union’s (IGU) ‘2018 World LNG Report’ focuses on recent historical data rather than providing a forecast for the future, it concurs that LNG is playing an essential role in helping to expand global access to natural gas.2 The IGU notes that global LNG trade in 2017 increased 12% to reach 293.1 million t – the highest annual growth since 2010. This is attributed to increases in LNG supply (primarily as a result of projects in Australia and the US bringing new capacity online), as well as rising demand (particularly in China, which recorded the largest ever annual growth by a single country in 2017; 12.7 million t).

Despite the bright outlook, Cedigaz warns that there is a risk of tighter markets as early as 2022, as a result of higher than expected LNG demand from Asia (propelled by China) and delays in the second wave of liquefaction projects. The association estimates that 56 million t of new capacity (on top of current operating and post-FID projects) will be required to meet global LNG demand in 2025.

In this issue of Hydrocarbon Engineering, Contributing Editor Gordon Cope takes a look at one region that is aiming to bring new LNG capacity to the market: Alaska and Canada. Starting on p. 10, Cope provides a summary of recent developments surrounding the Alaska LNG project, and provides a brief look at Canada’s LNG sector. Meanwhile, starting on p. 45, Shell Global Solutions explains how LNG Canada enhanced the capital efficiency of its major new proposed LNG export facility in Kitimat, British Columbia (B.C.).