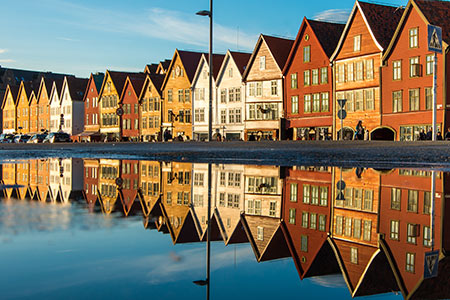 Faroe Petroleum, has announced that it has completed the previously announced acquisition of interests in five Norwegian North Sea producing oil and gas fields, Ula (20%), Tambar (45%), Tambar East Unit (37.8%), Oselvar (55%) and Trym (50%) (the 'Acquisition') from DONG E&P Norge AS (Dong).

The net consideration payable at completion was approximately US$26.7 million, down from the previously announced original consideration of US$70.2 million, reflecting both Economic Production from 1 January 2016, which has outperformed previous expectations and other working capital adjustments.

Remaining Proved and Probable Reserves from the acquisition as evaluated by the company as at 1 January 2016 were 19.8 million boe net to Faroe Petroleum, while the preliminary average Economic Production for the eleven months to 1 December 2016 net to the Company was approximately 9900 boe/d. We now take this opportunity to upgrade our 2016 guidance with a narrower range from 17 000 to 18 000 boe/d, including Economic Production from the Acquisition.

“We are pleased to announce the completion of this acquisition, which broadens and strengthens our production base materially and both boosts and diversifies our profitable oil and gas production portfolio. The production from the acquired assets has exceeded our expectations for the year to date in turn reducing the final consideration amount below guidance.

“The acquisition of these producing fields creates a new strategic hub for Faroe, centred around the Ula platform, in one of our core areas offshore Norway; synergies have already been realised with the upcoming development of our Oda field, announced last week, which will be tied back subsea to Ula. This transformational deal paves the way for Faroe’s evolution into a full cycle E&P business fit for the modern industry as we continue to grow the value of the company through exploration, development and production with a high quality and diverse portfolio of assets.”

Read the article online at: https://www.oilfieldtechnology.com/drilling-and-production/07122016/faroe-petroleum-completion-of-acquisition-of-norwegian-production-assets/