Skip to main content
Advertisement
Finite Element Analysis (FEA) is not a well-known term outside of the structural analysis community. But people cross paths with it every day. It is used to design every large asset or structure in today’s world; from cars, airplanes and bridges, to production platforms and FPSOs. It enjoys absolute anonymity from the untrained eye, but it forms such an important part of how the world’s structures have come into existence. Engineers use it to reduce the number of physical prototypes and experiments needed when designing assets, and use it to optimise components in the design phase to develop better, more efficient products. 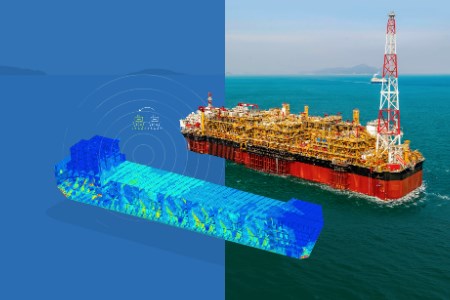 As powerful as it is, its application is mostly limited to design. This is down to one fundamental thing – speed. The mechanical engineering community has long since recognised the possibility of industrial scale simulations if FEA were fast enough, but until recently these possibilities were science fiction.

With a history or bringing science fiction into reality, the US Department of Defense funded research carried out by the mechanical engineering lab at MIT. 15 years later (in 2012) the research team led by Ford Professor, Anthony Patera, had developed something that would later create an entirely new application. The result was Reduced-Basis Finite Element Analysis (RB-FEA), an algorithm that is capable of producing parametric simulations more than 1000 times faster than legacy FEA. The algorithm was commercialised by Akselos and developed into engineering simulation technology that can be used to transform and optimise operations, as well as design.

The technology brings the techniques used in design into the operational arena, running holistic structural assessments in near real time to provide asset operators with a more powerful tool for operational excellence.

The unprecedented level of speed and the parametric nature of the model are enablers of true condition-based monitoring, facilitating very fast structural analysis across an entire asset of almost any size and complexity. This approach produces simulations 1000 times faster than legacy FEA tools for industrial-scale assets, and delivers models that are hundreds of times larger than has previously been possible. This speedup means that all structural details can be included in the model, along with inspection-based condition data such as cracks, corrosion, and damage or deformation. The extreme speed of the solution means that detailed real-world loading scenarios can also be included.

The speed makes it compatible with digital oilfield components such as sensors, big data and machine learning. Unlike FEA, RB-FEA is fast enough to keep up with sensor feeds and to collect statistical data to inform and enrich the model. The result of this is a precise coupling of the virtual and physical worlds via a living, learning digital twin that reflects the exact condition of its physical counterpart in real time. This improves operations, prevents downtime through its predictive capability, reduces maintenance costs, and provides data that can be used to streamline operations throughout the lifecycle of the asset.

Asset teams can adopt a smart monitoring approach to improve risk-based inspection, where the data interpreted from the model is used to inform the focus of inspection plans. By combining the two, costly routine inspections are replaced with data empowered ones to significantly reduce OPEX. The addition of predictive analytics allows for maintenance to be transformed in the same way. By anticipating failures and anomalies and addressing them before they happen, unnecessary maintenance is minimised and asset reliability is improved.

There is particular value in applying this technology in mature basins, where asset life extension is at times the only thing standing between mature field production and decommissioning. The value proposition is in the ability to unlock significant additional lifetime from ageing assets, by proving that the asset is safe to operate for the extended time period.

Royal Dutch Shell, an early adopter of this new technology and now a key investor, has been working with Akselos to deploy the digital twin software to one of their late life assets in the North Sea. Shell’s objective was to provide sufficient structural integrity and performance data to demonstrate compliance with current codes and standards, and support a life extension of 20 years on a 50-year-old asset. Shell was able to demonstrate that they could continue to operate in a more cost efficient way, without an increase in the inspection regime that would normally be associated with a late-life asset.

By pairing a detailed 3D, condition-based structural model with real time sensors, Shell was able to create a Predictive Digital Twin of the ageing asset. The result is a fast, accurate and cost effective life extension methodology. The new approach ultimately improves the performance of the platform by introducing unprecedented levels of accuracy.

Beyond optimising operations and supporting safe Asset Life Extension, the software can also be used to address ‘what if’ scenarios. Operators can use the twin to test how the asset would handle a collision or other operational incident, for example.

Sensor enabled digital twins are what most would call ground-breaking technology. The oil and gas industry has returned to its pioneering roots, being the first industry to create a (structural) Predictive Digital Twin of an entire, large-scale asset.

Read the article online at: https://www.oilfieldtechnology.com/special-reports/17062019/extending-simulation-technology-from-the-design-world-into-the-operational-world/