Skip to main content
Advertisement
An oil and gas sector logistics expert has warned the industry’s businesses the scope for a free trade treaty between the EU and Britain may have reduced sharply in recent days. 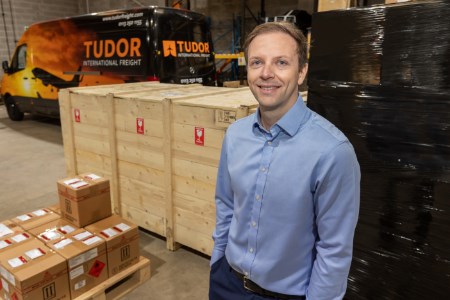 Adam Johnson, director of Leeds-based Tudor International Freight, was speaking after the first week of talks about the deal, which were preceded by the publication of the respective negotiating mandates and statements from the two sides. He said these had made it clear there were several key areas of potentially terminal disagreement.

A free trade treaty would eliminate import taxes, known as tariffs, and quotas for goods passing between Britain and the EU, following the current standstill post-Brexit transition period.

Johnson said: “These areas of potential talks breakdown include the EU’s wish for Britain to make binding so-called level playing field commitments - promises not to undercut it, in areas like labour rights and environmental protections - which were foreshadowed in documents such as the political declaration the parties agreed last November.

“Subjects of possible rupture also include the EU’s desire for its fishing fleets to retain access to British waters, agricultural standards, and the UK’s implementation of the agreed Irish front stop. Other potential areas of breakdown could be trade in financial services, data protection and security co-operation, plus questions around governance and dispute resolution.”

Johnson said he understood why oil and gas sector EU traders might be tempted to dilute any pessimism they felt about the talks by recalling current standpoints were opening positions and inevitably involved some ideal world scenarios, as well as a certain amount of posturing from both parties.

He said: “It’s also understandable some businesses have noted that, on the EU side, the talks are actually being conducted by the commission. The drafting of the negotiating mandate was therefore the best opportunity for member states to put their individual concerns on the agenda, which is why that document may have seemed a little demanding in places to British eyes.

“It’s an additional fact that the EU position reveals some potential wriggle-room for a deal. For example, the only area of the level playing field provisions where the bloc is demanding dynamic alignment - Britain automatically amending its rules to mirror changes in EU regulations - is state aid to businesses. In other relevant fields, the EU uses milder phrases, such as Britain maintaining ‘regulatory coherence’, whose meaning is much less certain.”

Johnson added the current coronavirus issue - though undoubtedly hugely regrettable - might provide an extra spur to agreement. The illness was already causing significant damage to economies worldwide and therefore made a no-deal outcome, with its consequent likely further reduction in trade, even less desirable for both parties.

He said: “Despite all these factors, however, developments such as the apparent desire to re-visit the agreed political declaration - effectively the initial scoping document for the free trade deal - and the pre-negotiation rhetoric have not been encouraging. The UK government has, for example, threatened to walk away from the talks if it deems insufficient progress has been made by June.”

Johnson said it was therefore possible to envisage the talks breaking down, an outcome which could have particularly adverse consequences for potentially vulnerable areas, such as equipment manufacturing. He said any imposition of tariffs and quotas was likely to be especially damaging for small businesses trading with the EU, which lacked the scope of larger organisations to absorb these blows.

He said: “Our advice to oil and gas businesses trading with the EU is therefore to hope for the best but prepare for the worst. Taking recent developments at face-value, we fear there’s every chance what now seems pessimistic may prove realistic in the next few months.”

An EU-Britain free trade agreement would have to be concluded by the autumn - which most experts see an extremely tight timescale - to allow for its ratification by the parties before 31 December, when the UK government says the transition period must end.

If a deal does not prove possible, the EU and Britain will trade under non-preferential baseline World Trade Organisation terms, under which any relevant tariffs and quotas will apply, from the end of the transition period. Johnson said these would add to the significant new bureaucratic, cost and time burdens for Britain’s EU traders, including the loss of their ability to defer VAT payments, which they would suffer as a result of the country leaving the EU’s single market and customs union at that point, as the government intends.

Read the article online at: https://www.oilfieldtechnology.com/special-reports/13032020/oil-and-gas-sector-logistics-expert-warns-industrys-businesses-scope-for-eu-free-trade-deal-may-have-reduced-sharply/