Skip to main content
Advertisement
In the second part of a two-part article, Alexandre de Rougemont, MAN Energy Solutions, continues his exploration of how a joint venture between Aker Solutions and MAN Energy Solutions is supplying a modular subsea compressor system that is set to achieve all these core objectives. 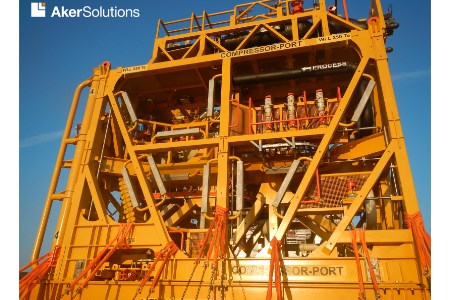 The world’s first subsea application of the modular system is currently operating flawlessly some 300 m below the surface of the North Sea at the Åsgard reservoir, approximately 175 km west of Karmøy in Norway. Operated by Equinor, two 220 bar compressor trains feed the Åsgard B processing platform some 40 km away. With an accumulated 80 000+ hours of operations since 2015, the two units continue to achieve design performance figures of 99% availability and at a significantly lower carbon footprint than a comparable topside installation.

At Åsgard the subsea compression solution is also extending the reservoirs’ productive life by another 15 years, adding around 306 million boe to the recoverable reserves. By increasing production, more than NOK5 billion (US$523 million) in additional revenue was generated in the first year of operation, for example.

As with the subsea environment, reliability and performance were also key to the selection of a HOFIM® unit for the Ivar Aasen topside platform, where since 2017 a single unit has served as the 100% export compressor. It transports gas from Ivar Aasen to the Edvard Grieg platform for processing and subsequent export. Any zero-redundancy policy will clearly slash capital costs, but the remote operability of the HOFIM technology is also key enabler for reduced OPEX and further de-manning. For instance, though the Ivar Aasen platform was designed for full manning, controls for the platform and its vital compressor are now moving onshore.

Next-generation systems are being further optimised, reducing the footprint and CAPEX with a further 50% smaller size and weight. In addition, by reducing the number of modules that must be built and installed, approximately 8000 t of CO2 emitted during construction and installation is avoided.

Now a three-unit subsea compressor configuration is detailed out for to serve the giant Chevron-operated Jansz-Io field located some 200 km off North Western Australia. With the front-end engineering and design of the subsea compression station underway, the system will boost gas recovery at the field. Part of the Gorgon development, it will supply gas to the 15.6 million tpy LNG processing units and domestic gas plant on Barrow Island.

At a water depth of approximately 1350 m, the number of compressor modules is expected to expand as the Gorgon field is further developed and a second three-unit installation already under consideration.

As the oil and gas sector seeks out new opportunities to boost efficiency and to improve safety, technologies that enable a shift in operations to the subsea world offer an attractive raft of benefits.

Zero maintenance and unmanned, at a stroke subsea technology reduces or removes a host of potential challenges and costs. Advancing the goals of on-shoring and de-manning, a shift to subsea operations means there are also significant sustainability benefits to be had. Proximity to the well equates to big gains in efficiency. Power consumption is reduced so dramatically that large reductions in CO2 emissions are possible, around 60% is typical compared to a topside alternative. In addition, the improved production characteristics available subsea lead to better performance and economic benefits at all fields, including potentially marginal wells. Not only do these conditions equate to higher production and enhanced hydrocarbon recovery, they are also enabling the significant life extension of production fields. The modular configuration also engenders flexibility, allowing production capacity to change and reflect well characteristics as the field matures.

However, while the benefits of using subsea equipment are clear, securing these potential gains demands supreme reliability, as well as effective remote operability and must be built on a foundation of rock-solid, robust engineering.

Original equipment manufacturers like MAN Energy Solutions and Aker Solutions are forging long-term partnerships to advance the development of these next-generation subsea systems and further enhance this ground-breaking technology. The objective is to make the units smaller, lighter, and still more cost-effective, enabling smaller oil and gas fields to profitably use the technology as well. These kinds of advanced subsea modules will then be ready to take the next step for the oil-and-gas industry to further improve performance and profitability.

This is the second part of a two-part article. Part one of this article is available to read here: https://www.oilfieldtechnology.com/special-reports/11012021/shifting-compression-subsea/

Read the article online at: https://www.oilfieldtechnology.com/special-reports/12012021/shifting-compression-subsea--part-two/