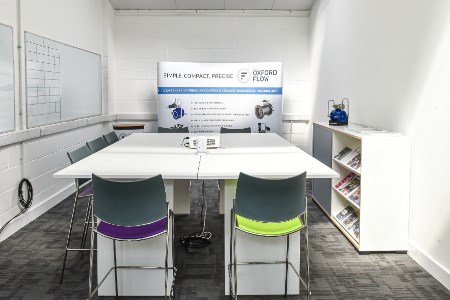 The purpose-built office space on Osney Mead in Oxford has been expanded to 260 m2 from 120 m2. The new space will house Oxford Flow’s growing team, which has added 10 people in the last year. Key team specialisms include mechanical and production engineers, IP specialists and field operators.

Neil Poxon, CEO of Oxford Flow, said: “This office expansion is a key milestone in our growth. We had the ambition to commercialise and develop Oxford Flow, but little did we think 12-months later we would have already increased head count by 70%. It’s a remarkable feat and is a reflection of the talented team we have onboard. It also reflects the sheer excitement in the water, gas and oil and gas industries for our technology – a simple innovation, yet incredibly impactful in terms of cost, efficiency and performance.”

The expansion comes alongside Oxford Flow’s latest capital raise, which was launched in March this year. Once complete, the funding will be used to accelerate deployment of its highly innovative flow control valve technology into multiple energy and industrial markets. While executing the capital raise, the company plans to nearly double headcount, by hiring from the local Oxford area, to more than 40 members of staff.

Read the article online at: https://www.oilfieldtechnology.com/product-news/18092019/oxford-flow-expands-office-following-recent-expansion/