According to CGG, Sercel has launched the WTU-508 high-performance X-Tech® node as an extension of its 508XT land seismic acquisition product range. The new node offers even greater flexibility for all types of survey operations, such as complex small-scale urban surveys or high-productivity mega-crews. Fully integrated into the existing 508XT platform, it reinforces the new paradigm created by the 508XT in land seismic acquisition. 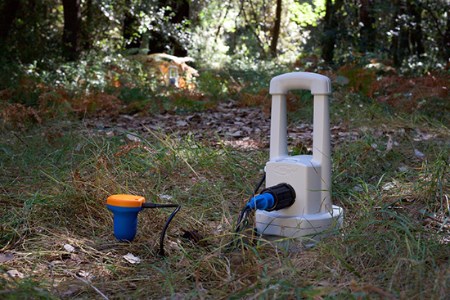 The WTU-508 is an easy-to-use smart autonomous land node. Users need only to connect the geophone for the WTU-508 to record its position and start collecting seismic data. Data is stored in its internal memory and ready for retrieval on the fly using Sercel’s latest-generation high-speed wireless harvesting.

The WTU-508 also features Sercel's new XT-Pathfinder transmission management technology providing quality control information to the land seismic recorder wirelessly and without the need for any additional infrastructure. This is done by the creation of a network that finds the most reliable QC data path to the seismic recorder while automatically adapting to any survey changes, minimising field effort and troubleshooting as the survey progresses.

Pascal Rouiller, Sercel CEO, said: “Since the launch of our 508XT land acquisition system, more than 125 000 channels have been delivered worldwide to our customers. Our introduction of the new WTU-508 node complements our current 508XT product range and gives the 508XT even greater operational flexibility as the land seismic acquisition system of choice.”

Read the article online at: https://www.oilfieldtechnology.com/product-news/13062017/sercel-launches-wtu-508-high-performance-x-tech-node/