Hari Vamadevan, DNV GL’s senior VP and regional manager for UK & West Africa, discusses how the North Sea has strengthened its position as a competitive basin with the momentum of the energy transition a key driver…

The mature North Sea is renowned as one of the world’s original exploration and production locations. Engineering ingenuity, technological advancements and highly skilled workforces were shaped in this basin and have been successfully exported around the world.

It has had major challenges over the decades but a recent uptick in activity, combined with focused leadership looking towards a very different energy future, has once again created dynamism and positivity. Where once the global supermajors ruled, established assets have emerged from the downturn cycle of the last few years with new owner investors.

Operators are thinking more and more about the energy transition in the face of regulatory frameworks, government targets and their own consideration of environmental factors. The diversification from oil and gas to an energy mix including renewables, gas and hydrogen is underway and it will impact us all.

Energy for a new direction

The most important step for the North Sea is for it to remain competitive as a basin in a global context. Confidence has returned to the industry since the beginning of this year in terms of the expectations of senior leaders, as shown by DNV GL’s annual report Confidence and Control: the outlook for the oil and gas industry in 2018. We are now seeing that rising confidence, up from 18% of senior leaders in 2017 to 61% in 2018 translating into rising activity levels.

Operators are keeping a very tight control on costs and suppliers are mindful of that in tender negotiations. As an industry, nobody wants to make the mistakes of the past and allow the current higher oil prices of US$70 - 80/bbl seep through to inflation on the cost base. When prices were at their lowest, preparations were made for an environment of US$30 - 40/bbl, and this is a level that has been widely accepted across the supply chain. This means that with the existing higher prices, the North Sea has a very competitive cost base.

There are three key strains of work taking place in the region – backlog activity, modifications and upgrades activity, and new developments activity. The backlog of maintenance projects considered to be non-essential stretches back as far as 2015 and progress is now being made. At 80 dollars a barrel, modifications and upgrades to existing fields looks incredibly attractive while the cost of developing new projects has come down substantially.

New projects are moving forward, including Premier Oil’s Tolmount, Shell’s Penguins, Alpha’s Cheviot, and Hurricane’s Lancaster. Further fields, including Rosebank, are opening up the frontier to the West of Shetland. These can be viewed as clear signs that costs have come down on new build projects and reserves are beginning to be unlocked. 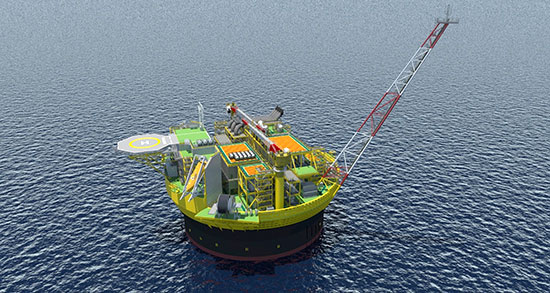 Decarbonisation is becoming a key theme and gas - the least carbon-intensive fossil fuel - will become the bridging fuel for the oil and gas industry as the momentum of the energy transition builds. Nearly two-thirds (64%) of oil and gas sector leaders questioned in a recent DNV GL survey expect to increase or sustain spending on gas projects in 2018, as the sector prepares for gas to overtake oil as the world’s primary energy source in the mid-2030s.

The annual research also found that confidence in the case for gas is growing. The vast majority (86%) of the 813 senior industry professionals surveyed agree that gas will play an increasingly important role in the global energy mix over the next decade, up from 77% last year.

If UK Government climate change targets are to be met by 2050, then the overhaul of the energy mix will have accelerate faster rate than over the last two decades. We’re already seeing less coal and more gas and that’s better for the environment, but challenges remain with renewables and carbon capture and storage (CCS), both of which will form part of the UK’s energy security.

While burning natural gas emits about half the carbon of an equivalent amount of oil or coal, combusting hydrogen gas emits none at point of use. Producing hydrogen at scale by steam methane reforming can itself be low-carbon or, with CCS, zero-carbon.

Consequently, some gas distribution system operators believe that hydrogen can make the use of costly existing gas infrastructure more socially and politically acceptable in a decarbonising world. DNV GL is among five organisations supporting Northern Gas Networks on the H21 – Leeds City Gate project to demonstrate the technical and economic feasibility of converting the natural gas (predominantly methane) network in Leeds, one of the largest UK cities, to 100% low-carbon hydrogen.

The company’s Spadeadam Research and Test Centre in Cumbria, UK is involved in critical studies whose findings will be used in Quantitative Risk Analysis.

It’s clear that the oil and gas industry is taking the energy transition seriously, but it is crucial to see gas as a destination in the medium to long-term rather than just a bridge. If this does not happen then eventually the industry will be switched off as it fails to meet climate change targets set out in the Paris agreement.

Gas can be relevant beyond 50 years by making it economically viable to produce hydrogen and store CO2. This is what current pilots are attempting to prove, so there can be practical, everyday solutions to suit producers, regulators and consumers in the future.

Read the article online at: https://www.oilfieldtechnology.com/offshore-and-subsea/27082018/competitive-north-sea-shows-upward-trends/