Skip to main content
Advertisement
Advertisement
The Norwegian Petroleum Directorate (NPD) has granted consent to operator Equinor and the other licensees for a 10-year lifetime extension for the Troll B facility in the North Sea. 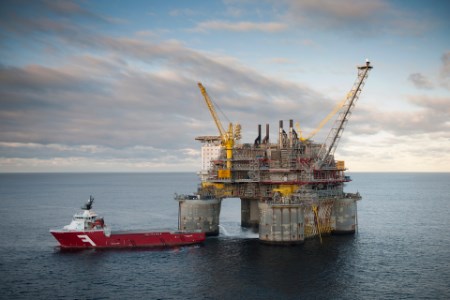 The extended lifetime for Troll B also includes pipelines for oil and gas that were part of the basis in connection with approval of the Plan for Development and Operation (PDO). The current consent expires in September this year. The Troll B start-up date was in September 1995.

Extension of Troll B’s lifetime to 2030 is one of the potential solutions for further developing gas production from the Troll Vest gas cap, Troll phase three.

Nine seismic surveys have been carried out on the Troll field, with the last one completed last summer.

All previous surveys have contributed to identify new well targets. The licensees expect the results from processing the data from the latest seismic survey will yield additional well targets. These can be drilled from the subsea templates tied to Troll B.

“Extended operation of Troll B secures a foundation for good resource management of significant oil and gas resources from the gigantic Troll field,” said Arvid Østhus, Assistant director Development and operations, North Sea in the NPD.

The country's Petroleum Safety Authority has also approved extended operation and believes that Troll B can be operated safely until the end of the licence period, based on an assessment of current technical integrity. This requires maintenance and modifications according to the lifetime extension plan.

Read the article online at: https://www.oilfieldtechnology.com/offshore-and-subsea/20042020/norwegian-petroleum-directorate-grants-10-year-extension-for-troll-b-facility/