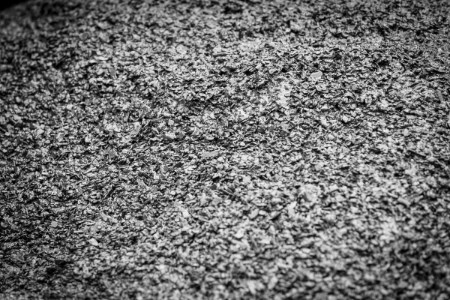 Water-based and non-aqueous drilling fluids (NAF) and associated drill cuttings are the largest waste streams generated from global offshore drilling operations. Traditionally, the ‘skip and ship’ method is used to collect, contain and transfer waste via vessel to a specialist processing facility onshore.

An alternative and increasingly attractive option, both financially and environmentally, is rig- based thermal processing through the TCC RotoMill®. This utilises frictional based thermal desorption technology at source to separate NAF, debris and associated materials into their three constituent parts of oil, water and solids for recycling, reuse and safe disposal.

In 2018, drilling waste specialist TWMA, was contracted by the licence operator to mobilise drilling waste management services using offshore thermal processing for the 17½ in. and 12¼ in. Orlando production well drilling campaign in the UKCS. Managed by well operator, AGR Well Management (AGR) using the Ocean Guardian semi-submersible drilling rig, the contract also included skip and ship services for the 8½ in. section, due to operational requirements.

Located in block 3/3b in the northern North Sea, the Orlando field is more than 380 km (24-hours sailing time) from Aberdeen’s coastline facilities.

Due to the subsea infrastructure being installed shortly after the well was completed and suspended, drill cuttings and other debris had to be collected, removed and disposed of within a tight drilling window. With a total depth of 18 266 ft to be drilled in the single subsea well, more than 1600 t of drilling waste was anticipated from the three sections.

Treating materials at source with thermal processing technology eliminates the requirement to transport waste long distances onshore via the ‘skip and ship’ method.

The process uses heat generated from kinetic energy to separate the three constituent parts of NAF and remove oil content. Using a hydraulically operated positive displacement piston pump, a cylindrical mill within the unit chamber grinds a bed of solids to generate power.

At a pre-determined temperature, NAF and drill cuttings are fed into the chamber causing the liquids (oil and water) to flash evaporate from the solids. The resulting gases then exit the mill and pass through a cyclone, where any fine solid particles are removed prior to gases travelling to the oil and steam condensers, respectively.

As the goal of the oil condenser is to recover the oil from the gases without condensing the water, the gases are cooled to approximately 105°C. Here, only the oil is condensed whilst the remaining gases containing water will pass through to the steam condenser. By further reducing the temperature to 40°C, the steam condenser will fully shrink the remaining gases. An integrated gravity separator then isolates any remaining light oil fractions to ensures this is removed from the recovered water phase.

Recovered base oil, which retains its full original quality, can be reintroduced to the drilling mud system, representing significant cost savings for operators. Recovered water and solids can be safely dispersed on location as they are well within with UK standards outlined in the Chemical Usage and Discharge permits issued by the Department of Business, Energy & Industrial Strategy and the Scottish Environmental Protection Agency (SEPA).

This is part one of a two-part article. Part two is available to read here: https://www.oilfieldtechnology.com/drilling-and-production/07022020/optimising-financial-and-environmental-gains-with-at-source-drilling-waste-management-part-two/.

Read the article online at: https://www.oilfieldtechnology.com/offshore-and-subsea/06022020/optimising-financial-and-environmental-gains-with-at-source-drilling-waste-management-part-one/