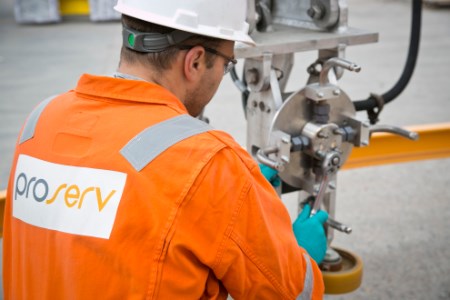 Proserv Controls was established as one of two distinct global divisions of the Aberdeen headquartered Proserv Group during 2019, with the other being the Houston based flow control valve developer and manufacturer, Gilmore, a Proserv Company.

In the second half of the year, Proserv Controls’ subsea team snared a very significant deal with a leading US based independent to deliver a complete subsea production control system, featuring both topside and subsea controls, for a tieback in the Gulf of Mexico (GoM).

Working alongside the same US client, Proserv will also design, build and test subsea distribution units and a subsea controls module (SCM) for a further development well, also located in the GoM.

For both projects, first oil is expected in 2020 and Proserv Controls’ facility in Sommermeyer, Houston will undertake the majority of the work, with the SCMs being built at the team’s state-of-the-art facility in Great Yarmouth, UK.

In the North Sea, on the United Kingdom Continental Shelf (UKCS), towards the end of 2019, Proserv earned a further valuable contract from another US based independent to provide the necessary subsea controls equipment, including SCMs, to enable six additional wells on an existing brownfield development.

Meanwhile, in the Norwegian North Sea, the firm earned an agreement in 4Q19 to supply multiple SCMs for an on-going brownfield rejuvenation for a European operator, with the first SCM due for delivery in 2022.

These awards supplement numerous additional wins in the past year, including sizeable deals in the GoM with prominent independents. Proserv also continues to work alongside a supermajor in the UKCS on a gas field development.

Davis Larssen, Proserv Controls’ CEO commented: “2019 was undoubtedly a year of major changes within Proserv, as two new divisions were unveiled. The rationale for this restructuring was to enable the company to focus on its cutting-edge technology and its core strengths.

“Our subsea team possesses outstanding capability and expertise and so its attainment of a number of notable contracts from prominent players across the globe, is highly encouraging for the potential future benefits of this corporate realignment.”

Proserv Controls’ other offerings also enjoyed a successful year in 2019 with its global service provision, for example, performing particularly strongly in both Norway and Abu Dhabi. In the Middle East, Proserv was awarded the status of minor engineering, procurement and construction (EPC) contractor by a leading national oil company (NOC) and the team earned a substantial contract extension from the same NOC to continue production optimisation work and maintenance on two offshore fields.

Proserv’s sampling offering is anticipating a healthy year-on-year spike in its revenues, driven by its sale of sampling cylinders. In 2020, the team will target customers in North and South America from a new base in Houston as well as drive forwards its advances in its subsea sampling technology.

Proserv’s measurement offering was only acquired in 1Q19 yet it maintained strong revenue returns through the year. An upgrade of a metering control system for a major European operator was a standout win. The team is eyeing global activity in 2020 as operators seek obsolescence management support.

Speaking before the Subsea Expo event in Aberdeen next week, Larssen added: “We enjoyed multiple, significant orders right across our business last year and the obvious goal is to take the momentum we built up in the second half of 2019 with us into 2020. Proserv has been restructured for growth and each of our teams, from subsea to topside to our developing renewables offering, has exciting targets in its sights for the years ahead.”

Read the article online at: https://www.oilfieldtechnology.com/offshore-and-subsea/05022020/subsea-controls-deals-boost-proserv-at-start-of-2020/