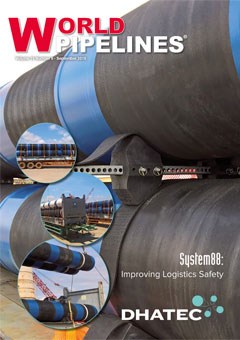 Shared to his 63.7 million followers (and essentially the rest of the world), the image recently tweeted by President Trump sparked considerable controversy and signified the literalness of his desire to purchase Greenland, an autonomous region of Denmark. The image was of a statuesque gold tower emblazoned with the word ‘TRUMP’, at odds with the crystalline rocks that are characteristic of Greenland and the colourful wooden houses of its residents. Whilst Trump explained he would not construct a tower on the island, the image is symbolic of his general intentions.

Greenland holds a bounty of resources, with untapped trade passages and mineral wealth becoming exposed as climate change causes ice to melt and glaciers to retreat. It has been estimated by the US Geological Survey that 22% of the Earth’s undiscovered, recoverable resources can be found in the Arctic region. The quantity of natural gas and oil that will be revealed as the ice melts is no doubt being viewed across the world by policymakers with dollar signs in their eyes, particularly since the Arctic Ocean is predicted to become ice-free during the summer months by 2050.

The opportunities that Greenland and the wider Arctic can offer are acknowledged by the US. Several months prior to the President’s vocalising of his idea to purchase Greenland, US Secretary of State Mike Pompeo said how “…the Arctic is at the forefront of opportunity and abundance.” Melting ice will completely alter the Arctic from its current state – physically changing the environment and influencing economic and social factors through new shipping routes, international trade, and sources of energy.

The US is not new to the purchasing of other territories, with motives of resource gain and strategic military advantage. The purchase of Alaska from Russia in 1867 for the sum of US$7.2 million (approximately US$0.02/acre) has been the source of many successes, the most notable being the Klondike gold rush, with the state continuing to be a top gold producer for the US. Buying Greenland is not a novel 2019 offer from the US, since the country, under President Harry Truman, was also previously refused its purchase proposal in 1946. This offer came soon after the US had constructed an air base on the island to establish its military presence.

Rich in oil, gas, coal, zinc, copper and iron ore, all in unclassified quantities, it would not be surprising if Denmark was soon awash with similar purchase offers or increased international investment. The latter is already occurring, as China also has its eyes on this Danish territory, with its goal to build a ‘Polar Silk Road’ potentially hampering Trump’s conquest of the island. A fleet of icebreakers and investment in Russian gas projects are evidence of China’s development of shipping routes, with hopes that marine transit times will be cut by a fortnight between Asian ports and foreign markets. China considers itself a ‘near Arctic state’, meaning that whilst no territorial sovereignty in the region exists, it does have multiple rights, including the laying of pipelines in the Arctic’s waters and rights to resource exploration and exploitation.1 Norway and Russia are also heavily investing in the Arctic, through the construction of oil and gas infrastructure and deepwater ports.

The common theme amongst the nations at play in the Arctic is that territory is not the aim; instead it is the abundance of resources that lie under a rapidly thinning mass of ice.

Whilst waiting for climate change – a global threat that is being addressed and counteracted with policies, frameworks and taxes – to melt the ice and expose rich fossil fuels, other locations that are easier to currently access could be further utilised. The regional report on p.17 explores one of the world’s alleged largest shale formations, the Vaca Muerta Basin in Argentina, where investment is limited and the basin is underdeveloped.

From the barren terrains of the Arctic to humid rainforests in South America, the resources deep underground are unlikely to stay hidden for long.