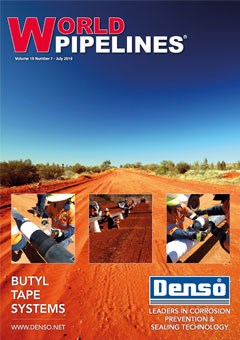 In December 2018, Dharmendra Pradhan, India’s Minister of Petroleum and Natural Gas, announced that the federal government is initially planning to spend around US$10.2 billion (INR 70 000 crores; 1 crore = 10 million) on expansion of the natural gas pipeline network across the country, to promote a gas based economy. However, this needs to be met with scepticism, considering a few key issues that have been affecting the development of the country’s natural gas pipeline sector.

An important issue is the non-inclusion of natural gas under the Goods and Services Tax (GST) regime. The introduction of GST in India on 1 July 2017, heralded a significant tax reform for the country, as it brought the entire country under one indirect tax umbrella. However, natural gas and four other commodities – crude oil, gasoline, diesel and aviation turbine fuel (ATF) – were not included. Both federal and state governments in India typically levy high excise duties and value added tax (VAT) on these commodities, especially on gasoline and diesel, to generate enormous revenues to primarily fund their welfare programmes. Non-inclusion under the GST regime has led to varying tax rates on natural gas production and related value chains such as pipelines and retailing in different states. A lower and uniform tax rate on natural gas production, allied infrastructure for transportation and distribution would unlock the growth potential of the natural gas pipelines sector.

Low private sector participation in the Indian natural gas pipelines sector is another key issue that needs to be addressed. Indian state-owned companies such as GAIL (India) Ltd, Indian Oil Corp. Ltd (IOCL), and Oil and Natural Gas Corp. Ltd (ONGC) dominate the country’s natural gas pipeline landscape. Reliance Industries Ltd and Hiranandani Group are among the very few notable private players in the country. To ensure growth in this sector, private participation needs to be encouraged through measures such as including the natural gas and pipelines sector under the GST ambit, complete unbundling of transportation and marketing of natural gas, and providing greater access to the government-owned pipeline network.

Without addressing the key issues plaguing the Indian natural gas pipelines sector, it remains to be seen to what extent the Indian federal government succeeds in achieving its plan to shift to a gas based economy by 2030.

At GlobalData, we are an intelligence provider to major oil and gas companies, equipment and services suppliers, and professional services firms, helping them to make faster, more informed decisions. We cover the entire spectrum of the oil and gas value chain from upstream, midstream, downstream, and petrochemicals, all the way through to insights and trends across the globe. With in-depth analysis, exclusive news, and highly detailed databases at your fingertips, we provide complete 360° insight into the oil and gas industry.