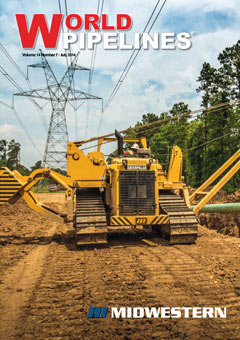 When yes means maybeWith the news that the Northern Gateway pipeline in Canada has been federally sanctioned, subsequent analysis and commentary has almost exclusively focused on the continued opposition to the pipeline and the expected delays ahead. Despite approval being gained for the project, it seems that there is a long road until construction will be able to begin.

The Northern Gateway will comprise two parallel pipelines running 1777 km from Bruderheim, Alberta to Kitimat, British Columbia (B.C.). One eastbound line will import natural gas condensate; one westbound line will carry bitumen from the Athabasca oilsands (diluted with the condensate) to the new terminal at Kitimat, for loading into tankers and shipping to Asia. First proposed in the mid 2000s, the Enbridge-led project has been postponed several times.

Enbridge must now steel itself in order to handle: the whopping 209 conditions that the federal approval put in place when agreeing to the pipeline; B.C. First Nations’ opposition (including, presumably, blockades, ground campaigns, legal challenges); court challenges and protests by environmental groups; organised protest in B.C., where a provincial referendum is being mooted; and B.C. Premier Christy Clark’s famous five conditions, which are still on the table and still open to interpretation.

Let’s look at those five conditions. In June 2013, B.C. Premier Christy Clark’s government laid out five conditions for the project. These included: successful completion of the environmental review process; a cutting-edge marine oil spill response plan; land oil-spill plans; active First Nations involvement; and a level of financial benefit from the project in order to compensate for the risk borne collectively by the province, local environment and taxpayers.

Enbridge lays out its answers to these conditions on its website in detail, but suffice to say this pipeline project is one of the most scrutinised and most comprehensively planned in history (whether the Keystone XL line will surpass it is a matter of opinion). The pipelines for Northern Gateway will be made of steel that is 20% thicker than necessary, staff will man remote pumping stations 24 hours a day, and Enbridge has invested Cdn$ 500 million in additional safety enhancements, including state-of-the-art leak detection systems. Safety monitoring will in fact be at an unprecedentedly high level. Even once the oilsands pipeline reaches Kitimat, extra measures have been implemented offshore, including the use of double-hulled tankers, to be guided out of the port by coastal pilots and escorted by tugs, and spill prevention resources provided at three times that required by law. This is all supported by the most in-depth and comprehensive environmental review ever produced in Canada.

By approving the pipeline project, the Harper government merely forces the opposition to carry out the next part of its plan – whether that is stalling tactics or legal challenge or political pressure.

The problem perhaps lies not with the pipeline technology, but with the fact that the pipeline will transport oilsands crude. Like Keystone XL, Northern Gateway suffers the wrath of citizens and groups that would oppose any energy infrastructure that provides a way to market for oilsands. Erin Flanagan, an oilsands analyst at the Pembina Institute, a Calgary think tank, said in June: “We are very concerned about [the] Cabinet’s decision to approve a project that will allow oilsands development – and its associated carbon pollution – to grow faster at a time when industry and regulators are failing to manage the impacts and risks of current production.”

So why does Prime Minister Harper appear to be trying to distance himself from the issue, saying that from this point onwards the Northern Gateway project is a matter for regulators to work out with Enbridge? He recently said in the House of Commons: “The government has applied the conditions demanded by [the scientific review] panel and it is now up to the proponent to assure the regulator going forward that it will indeed comply with those conditions.”

When you approve a pipeline you need to continue to stand behind it, not run to the sidelines and watch as your green light turns to red.