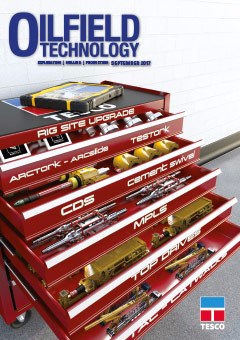 As a reader of this magazine, you will almost certainly have heard of the devastation caused by Hurricane Harvey. Originating in the Gulf of Mexico, Harvey made landfall in south-central Texas on 25 August and, over the course of just one week, proceeded to drench Houston and surrounding areas with an entire year’s worth of rain. In total, Harvey is estimated to have shed some 33 trillion gal. of water on the southern United States.1 To put this vast figure in perspective, one California-based geologist has claimed that the massive weight of the floodwater actually caused the Earth’s crust to temporarily flex and reduce the city of Houston’s altitude by 2 cm!2

The flooding has damaged or destroyed roughly 94 000 homes and, saddest of all, resulted in the deaths of at least 70 people across Texas. It will take time for Houston to fully recover, but recover it will. The city didn’t become the world’s energy capital by chance – it was the can-do, pragmatic attitude of its residents that drove Houston to become the fourth largest (and fastest growing) city in the US. If there’s anywhere that can recover from a tragedy like Hurricane Harvey, it’s Houston.

Indeed, one small way in which the resilience of the areas affected by Harvey has been shown is through the fact that crude oil production is forecast to be down by just 360 000 bpd in September.3 According to ESAI Energy, despite the closure of facilities (17 Gulf Coast refineries, for example), the disruption is due to be relatively short-lived with US output expected to return to pre-storm levels of 9.6 million bpd by October.4

Speaking of resilience, for anyone looking for proof that the unconventional oil and gas industry plays a key role in US energy security, they need look no further than the aftermath of Harvey. A hurricane in the Gulf of Mexico used to put a approximately 30% of US crude production at risk, but with the boom in onshore unconventional output, this figure has been reduced to roughly 17%.5 Michael Tran, Analyst at RBC Capital Markets summed up the situation: “Simply put, there are fewer barrels at risk from an aggregate percentage of US production. In fact, many US offshore Gulf of Mexico barrels have been exported to Asia this year.”6

It’s the same pragmatism and endurance in the face of adversity that has driven the unconventionals boom and has led areas like the Permian Basin to stand out as rare examples of continued production growth. These production hotspots are continuing to generate demand for new technologies and processes as operators push through the ‘lower for longer’ environment. This issue of Oilfield Technology includes a range of articles showcasing these new technologies, such as ESG Solutions’ review of the potential for microseismic monitoring in hydraulically fractured reservoirs (Page 19), Gardner Denver’s overview of a new generation of frac pumps (Page 50), and CARBO’s piece on advanced ceramic proppant technology (Page 53).

The Oilfield Technology team will be attending SPE ATCE in San Antonio (9 – 11 October, Booth 1969). We’d love to hear from you and find out about the exciting new technologies your company is bringing to the industry!