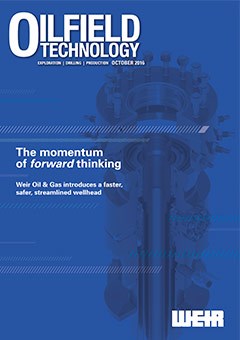 As I write this, Brent crude is back over US$51/bbl.

In case you somehow missed the news: at their recent meeting in Algiers, OPEC did the unthinkable and actually agreed to cut back on production. Iranian Oil Minister, Bijan Zanganeh, summed up the situation: “OPEC made an exceptional decision today […] After two and a half years, OPEC reached consensus to manage the market […] We have decided to decrease the production [by] around 700 000 bpd.”1 Such a reduction would bring the group’s total production levels down to the 32.5 – 33 million bpd range.

When the news of the proposed deal – the first in eight years – was announced, markets reacted immediately, pushing up oil prices by more than 5%. It seems that concessions made by Saudi Arabia, most notably an offer to exempt regional rival Iran from any cap, are what secured the unexpected agreement. Previous negotiation attempts had been hindered by Iran’s refusal to accept any restrictions on increasing its own output, which had been cut back significantly under the weight of US and EU sanctions. It would appear that Saudi Arabia’s increasingly urgent need to balance its budget and fund an ongoing conflict in Yemen has taken priority over limiting Iranian oil production.

However, whilst it’s certainly nice to break the US$50/bbl barrier again, aside from OPEC’s statement of intent, there’s nothing really new on the table. 700 000 bpd makes up just a few percent of OPEC’s total output and isn’t enough to counteract the current oversupply situation. As long as the market remains oversupplied, there’s little reason for a long-term rise in oil prices. What we’re seeing right now could be nothing more than the market overreacting to the first positive news its had for a while.

In addition, this agreement is preliminary – little more than an acknowledgement that there’s a problem and that something needs to be done. The details of exactly who will be cutting back, and by how much, have yet to be fully ironed out, and likely won’t be agreed upon until the next OPEC meeting on 30 November. Even then, the deal is unlikely to achieve too much without the support of major non-OPEC players, like Russia. And to top it all off: even if the negotiations go smoothly, there’s no mechanism to ensure that individual OPEC members don’t cheat on their quotas.

Despite all of the above, this agreement could still mark the dawn of a recovery, albeit a long one. The very fact that OPEC members, especially rivals like Saudi Arabia and Iran, are negotiating and (at least ostensibly) agreeing to production cuts is a positive sign. The agreement itself won’t change the fundamentals at play in the market, but it does show that things can improve. Let’s hope they continue to do so!

The Oilfield Technology team will be attending ADIPEC on 07 – 10 November, so drop by our stand (121230) and let us know your thoughts on the industry!