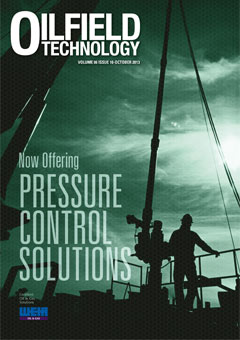 In recent weeks Statoil and Calgary-based Husky Energy Inc. announced a major deepwater oil discovery in the Flemish Pass Basin, offshore Newfoundland and Labrador, Canada. This marks Statoil’s third discovery in the basin, which is expected to hold somewhere between 300 - 600 million bbls of recoverable oil. “This is among the 12 biggest discoveries over the last three years [in the world]”, Statoil Canada Exploration Vice President Geir Richardsen commented.

In the midst of growing pipeline and oilsands debates in the public forum, Canada’s offshore industry is brimming with innovation and discoveries. Earlier this year, ExxonMobil Canada Properties awarded Norwegian Kvaerner’s joint venture company Kiewit-Kvaerner Contractors a contract for EPC services on the Hebron Project gravity based structure (GBS). The completed GBS will be installed at the Hebron field on the Grand Banks located 350 km offshore Canada’s east coast. ExxonMobil anticipates first oil by the end of 2017.

Ultimately, interest in this region is stimulated by the vast reserves, as well as the leading technologies emerging from the deepwater basins, hydraulic fracturing sites and conventional oil and gas wells. As part of Oilfield Technology’s global coverage, our October issue takes an in-depth look at North America, the continent’s present and future. In ‘Great Expectations’ (page 10), Oilfield Technology correspondent Gordon Cope notes how “The Alberta Energy Regulator recently released its latest production estimates, and now expects that, by 2022, oilsands, unconventional and conventional production will rise to 4.2 million bpd,” proving that USA’s neighbour is set to remain important on the international stage.

The Statoil discovery and the Hebron field GBS suggest exciting times ahead for the country’s offshore industry, rightfully snatching some publicity away from the Alberta oilsands. The oilsands, as the centre of so much debate, has received unprecedented public scrutiny in a country which has traditionally been known for its stable and secure resource jurisdiction. With all this exploratory excitement, some are concerned that Canada needs to refocus and retain a grip on the public debates, in order to grow as an energy nation. Its resources are, after all, generally considered more stable than those from other developing regions.

Similarly, the country faces an issue of supply and demand. The US shale revolution has seen Canada lose valuable market share to the south. An indication of this is the gas market figures. In its 2013 Annual Energy Outlook, the US Energy Information Administration (EIA) reports that Canadian natural gas exports to the US have declined from approximately 3.5 trillion ft3 in 2000, to just 2.24 trillion ft3 in 2010.1 This decline is expected to continue, and analysts at McCarthy Tetrault state “finding new markets to replace those which Canadian resource have traditionally supplied is not only a necessary, but an essential public policy objective.” Canada’s oil and gas industry is a significant job creator, employing more than 550 000 people. With C$ 55 billion spent on new capital projects in 2012, this industry is also the largest investor in the economy. In 2011, the oil and gas industry generated C$ 21 billion of federal and provincial government taxes.2

It is clear that Canada needs to ensure its oil and gas industry remains competitive, and present a reliable industry for future investors. Reliability and stability are crucial terms, not least because Canada is now in a unique position to help offset any damage to North America’s reputation following the US government shutdown (at time of press this has extended into six days), which has seen many services and reviews in the heavily-regulated energy industry suspended or delayed. Contingency plans for the Department of Interior’s three main oil- and gas-related agencies – the Bureau of Safety and Environmental Enforcement (BSEE), the Bureau of Land Management (BLM) and the Bureau of Ocean Energy Management (BOEM) – are in place, although services such as the processing of non-emergency authorisations of oil and gas permits have temporally ceased.

The call has been made for a larger national energy policy discussion, where technical expertise and input from the industry, federal government, First Nations and other related parties could restore public confidence and let Canada move forward to attract investors and new markets alike. It’s aboot time.