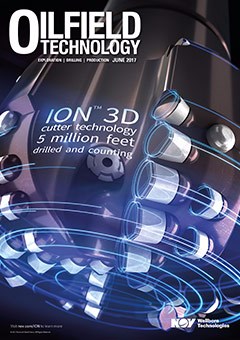 A recent report by Rystad Energy found that more delayed projects were sanctioned in the first half of 2017 than in the entirety of 2016. Rystad, which has been tracking FID delays since H2 2014, found that 17 previously delayed projects had now been launched, accounting for approximately US$78 billion worth of development spending. One unexpected success of recent months has been the partial recovery of the deepwater sector; Angus Rodger, Director of upstream Asia-Pacific research at Wood Mackenzie in Singapore, was quoted as saying, “There is life in deepwater yet […] When oil prices fell, many projects were deferred, but the ones that were deferred first were deepwater because the overall break-evens were highest. Now in 2017, we’re seeing signs that the best ones are coming back.”1 A presentation given in March by Transocean predicted that as many as eight offshore projects will be approved in the next three years with break-even prices of less than US$50 – considering that just 3 years ago, the average break-even for such projects was US$75, that’s a significant development.2

This positive momentum, however, doesn’t change the fact that the total number of projects with FID delays has continued to grow: “the list has grown in almost all themes, except oil sands, which is not surprising since oil sands projects are largely confined to one province in Canada, while all other themes have a global candidate pool. The ongoing results of the oil price pain is clear to see – still over 100 projects delayed, accounting for nearly 35 billion boe and US$300 billion spend,” says Readul Islam, Research Analyst at Rystad Energy.

Some further relief, at least for the US energy sector, could come from President Trump’s decision to withdraw the United States from the landmark UN climate change deal, known as the Paris Accord. Even though the deal was popular with Americans overall – a recent poll showed that a majority of Americans in every state were in favour of the deal3 – the Trump administration argues that the move will be good for business. According to a statement on the White House website, the Paris Accord would have cost the US economy nearly US$3 trillion in reduced output, over 6 million industrial jobs, and 3 million manufacturing jobs.4 President Trump promised during his election campaign that he would cut red tape surrounding environmental issues and seek to spur the growth of fossil fuel industries. Even though such changes will do nothing to alter the fundamentals of the oil market, they have the potential to ease the burden, if only slightly, on US producers.

Despite the difficult times, there continue to be predictions of an imminent, sharp rise in oil prices. Thomas Lee, Head of Research at Fundstrat, has predicted an oil rally that could wipe out losses from the current downturn. Lee cites growing “consumption and demand” and believes that “investors and clients are overly pessimistic on oil”. The meat of the prediction is that oil futures are close to moving into what is known ‘backwardation’ where “futures contracts that expire later are trading at lower prices than contracts that expire sooner.”5 According to Lee, the last four times oil went through this process, it saw a rally of between 25 and 72%.6

Only time will tell if Mr Lee’s prediction is correct. In the meantime, the upstream industry will need to continue relying on innovation, expertise and a measure of belt-tightening to make the most of 2017’s more positive environment.