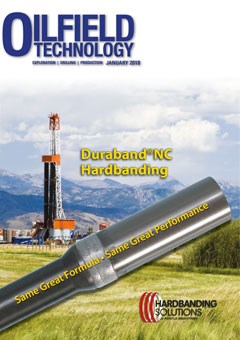 In terms of oil prices, 2018 has gotten off to something of a flying start. Shedding light on an otherwise gloomy time of year (for those of us in the Northern Hemisphere at least!) is the news that Brent crude began the year at the highest price it has seen since 2015 and has continued to rise – even (albeit briefly) breaking the key financial and psychological barrier of US$70 at one point. WTI also rose to just shy of US$65.

The extension of OPEC supply cuts into 2018 is still the single-greatest driver of rising prices. The deal has given much-needed support to the economies of oil producing countries and the bottom lines of energy companies, with Energy being one of the strongest performing sectors in the S&P 500 index over the last year.1

Whilst the OPEC-led cuts continue to be a leading driver behind the improved prices seen over the last year, draining stockpiles and forcing a bloated marketplace to slim down, various new geopolitical factors have come into play. Key amongst these was anticipation surrounding President Trump’s decision over whether he would extend the waiver on Iranian sanctions – a key aspect of the Obama administration’s nuclear deal with Iran. Trump, who has been openly critical of the deal (referring to it as “one of the worst and most one-sided transactions the United States has ever entered into”2), has since extended the waiver for a further 120 days.3 However, US officials have stated that the President is expected to issue a deadline to the US Congress and allies in Europe for improvements to the deal – if these are not made, the US will abandon the agreement and bring back sanctions in full. Adding further potential pressure on Iranian output is the news that Trump is looking to “impose new, targeted sanctions”4 not covered by the waiver.

The ongoing Yemeni civil war has also emerged as a potential threat to global oil supplies, with Houthi leaders threatening to block shipping lanes in the Red Sea. Whilst no explanation has been given as to how this would be carried out, the Bab al-Mandab strait, where the Red Sea meets the Arabian Sea, is just 12 miles across and has hundreds of oil tankers pass through it. Houthi political council chief, Saleh al-Samad was quoted as saying “If the [coalition forces] keep pushing toward Hodeidah [a key port on the Red Sea] and if the political solution hits a wall, there are some strategic choices that will be taken as a no return point, including blocking the international navigation in the Red Sea.”5

Whilst these trends have combined to push prices up to levels not seen for years, OPEC and its allies (most notably Russia) have become increasingly vocal about the temporary nature of the cuts and how the market should not expect to be supported indefinitely.

It remains to be seen how this year will treat the upstream industry – there are certainly positive signs in the shape of reduced inventories and growing demand, but challenges still abound. Oilfield Technology will continue to look at the technologies and trends that are driving the industry onwards.

2. ‘Trump calls Iran deal ‘an embarrassment’ in UN speech, warns ‘I don’t think you’ve heard the last of it’ - http://uk.businessinsider.com/trump-iran-nuclear-deal-nations-speech-text-2017-9?r=US&IR=T