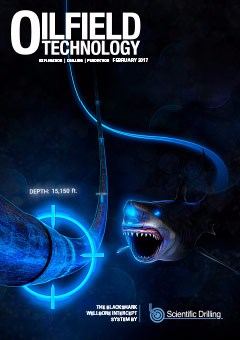 As I write this, Donald Trump has been President of the United States for less than a month. Even so, after a rapid succession of executive orders, political appointments, and typically frank ‘tweets’ from the Commander-in-Chief himself, a seismic shift in US policy on almost all levels has already begun.

Many of these developments cover areas well beyond the scope of this publication, such as healthcare, immigration, and infrastructure. Yet it was on just his fourth full day in office that President Trump made some of the most significant (or at least, highly politicised) changes that the US energy industry has seen in years when he signed executive orders to advance the construction of the Keystone XL and Dakota Access oil pipelines. Whilst at first glance, this might seem like a blessing for an industry that has had to endure its most severe downturn for decades, there could be a fly in the ointment.

When completed, the aptly named Dakota Access pipeline will bring crude oil produced in the prolific shale fields of the Bakken down to the US Gulf Coast, helping US producers get their product to market more quickly and benefitting pretty much everyone involved. The long-term economic benefit of this pipeline seems pretty clear-cut; Keystone XL, however, looks like a rather different story. Aside from the initial construction and manufacturing work, the pipeline mostly appears to benefit Canadian producers looking for easier access to Texan refineries. This in itself is fine, but the worry is that Keystone XL would also open up export options for Canadian crude to reach non-US markets, which is far from ideal from a US energy security perspective.

Whatever the benefits end up being, it’s now effectively guaranteed that after significant delays, particularly in the case of Keystone XL, these pipelines will be completed. Donald Trump is certainly a President who seems to get things done.

Speaking of getting things done, OPEC’s November decision to cut its output from the start of 2017 continues to bear fruit. As prices remain fairly steady around US$55, US shale firms are gradually beginning to ramp up production and investment once more. The Permian Basin in West Texas has become the epicentre of this tentative recovery with land purchases and deals in the region accounting for 39% of all such deals across the country.1 Whilst the growth here is a positive sign, the Permian is fairly unusual in that it already has significant existing pipeline infrastructure, a large pool of labour and expertise, and warmer winters that allow for year-round work.2 These advantages bring the cost of operations down and enable companies to work at a lower break-even price – the rest of the country is likely to need closer to US$60 before seeing the same kind of growth.

That rise to US$60 may occur sooner than expected as the US seeks to impose new sanctions on Iran in the wake of a recent missile test3 – Iran’s return to global markets after previous sanctions ended in early 2016 weighed heavily on oil prices and was a key driver behind the sudden drop to below US$28/bbl in February that year. So, although some hard times may still lie ahead for the upstream industry, it looks like the worst might just be over.