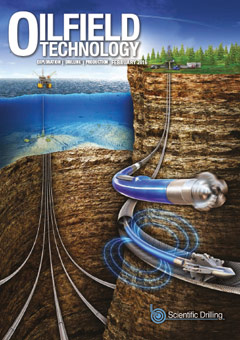 As I write this, things look a little better for the oil industry – at least on the surface. Rather than continuing its dive into the US$20s/bbl, the price of Brent crude has actually rallied and is currently sitting at just under US$36/bbl. So, why has this happened? The game of oil-price ‘Chicken’ – where nobody wants to be the first to reduce output and concede market share – seems to be ongoing, and demand growth, hampered by an ailing Chinese economy, continues to be somewhat anaemic. These are hardly the conditions for a rally.

The answer seems to lie in conflicting reports and rumours surrounding proposed production cuts. On 28th January, Russian Energy Minister, Alexander Novak, announced that Saudi Arabia had proposed that OPEC take part in oil production cuts of 5%.1 This was the news that markets had been longing to hear and prices immediately reversed their downwards trajectory. Novak even suggested that there was a proposal for a meeting between OPEC and non-OPEC countries.

However, it’s probably too early to crack open the Champagne just yet, not least because Saudi Arabia has since denied that it ever made such a proposal in the first place. Thus far, the only comment from the Saudis has been that the “OPEC Gulf countries and Saudi Arabia are willing to co-operate for any action to stabilise the oil market.”2 Whilst willingness to co-operate remains a positive sign, it’s not particularly helpful without the backing of a solid proposal.

So what caused these conflicting reports? It doesn’t sound too far-fetched to suggest that Saudi Arabia actually did propose the cuts, if only to test the water and view the reaction. Equally possible is that it was an attempt by Russia to keep the idea of production cuts right at the forefront of the discussion; attributing the proposal to Saudi Arabia would lend it credence and increased exposure, especially as it would represent something of a volte-face from the Saudis. Then again, it could be the result of a simple misunderstanding, or a comment taken out of context. With so many vested national interests, understanding and interpreting the politics surrounding OPEC is as much a quagmire as predicting the oil price itself.

Perhaps the lesson to be learned from all this is that if something looks too good to be true, then it probably is. The fundamental factors that have shaped the fortunes of the oil markets over the last 18 months remain largely the same, and with all sides rushing to distance themselves from production cuts, this rally may only be temporary. This perhaps explains why analyst John Kilduff of Again Capital told CNBC that the oil price still had further to fall, and would likely reach lows of US$18/bbl before a recovery. As an example of just how uncertain the market is, a contrasting opinion was offered by famous Oilman T. Boone Pickens. According to Boone Pickens, US crude had already bottomed out when it hit US$26.15/bbl and prices should double to US$52/bbl by the end of the year.3

There are arguments for and against each of these outlooks, but even if the worst has already passed, the industry will still have to endure a period of low prices – the one thing that nobody seems to be predicting is a rapid recovery. Streamlining processes, maximising efficiency, making smart investments into new technologies and ensuring that every dollar counts will remain key to doing business in today’s oilfield.