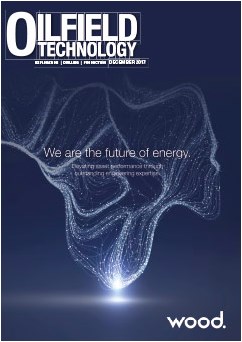 As I write this, Brent crude has spent nearly a full month above US$60/bbl – welcome news indeed for an industry that was facing prices in the low US$40s just a year ago. And the good news continues, with OPEC and supporting partners announcing that they have agreed to extend their industry-bolstering production cuts until the end of 2018. The 9 month extension has been seen as a final push to clear out the glut of surplus crude oil that has suppressed prices over recent years.

Despite the positive news, it’s worth noting that these cuts aren’t likely to become a permanent feature of the market. Indeed, some countries taking part in the cuts are already seeking an exit strategy. Foremost among these is Russia, which requires a much lower breakeven price than Saudi Arabia. With prices comfortably above US$60/bbl, Reuters reports that Russia has been pushing for the group to prepare a clear exit in order to prevent prices surging and encouraging a tidal wave of production from countries that aren’t participating in the cuts.1

It’s perhaps as a result of these concerns that Saudi Arabia’s Energy Minister, Khalid al-Falih, felt the need to state that “we think that the outlook for when we will hit the balanced market will be clearer in June, and we will start thinking of what do we do in 2019.” He went on to add that: “When we get to an exit, we are going to do it very gradually [...] to make sure we don’t shock the market.”2

However, it’s not just those on the OPEC side who are concerned about surging production. Scott Sheffield, Executive Chairman of Pioneer Natural Resources, has stated that “If producers in the US increase their rig count over the next few months due to higher prices then I expect another price collapse by the end of 2018.” He went on to say: “I hope that all US shale companies will maintain their current rig counts and use all excess cash flow to increase dividends back to their shareholders.”3

Despite widespread concerns about holding off oversupply, analysts have argued that there are significant risks facing global production with some scenarios likely capable of pushing Brent crude as high as U$70/bbl. Gary Ross, Founder of the Pira consultancy, was quoted by Reuters as saying: “Everywhere you look there is an ever-present risk to supply […] In Iraq’s Kurdistan there is a major risk to oil exports because of tensions with Baghdad, in Libya militias are still fighting, in Nigeria the risks of disruptions are significant, Venezuela is on the verge of default, Iran could again face US financial sanctions and even in Saudi Arabia political risk is on the rise.”4

Things are certainly better now for the upstream industry than they were a year ago. There are still plenty of risks, both old and new, but with prices above US$60/bbl, the proliferation digital technologies, and the gradual rebalancing of the market, 2018 could mark the beginning of an industry-wide recovery.