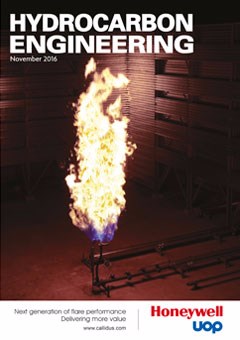 The last two years have proved to be a testing time for the oil industry. The infamous price crash turned the global economy on its head, and cost operators billions in lost profits. The sector has faced substantial investment cuts and considerable layoffs, and experts around the globe have highlighted the potential risk to oil supplies – by no means an encouraging sign for the future of the industry, and our predominant source of energy.

Fed up of the continually languishing prices and climate of distinct uncertainty, in mid-summer, a number of Organisation of the Petroleum Exporting Countries (OPEC) members called for a meeting to discuss measures to stabilise the market. While the industry remained somewhat sceptical about the gathering, plans went ahead and on 28 September, member countries convened in Algiers for the 170th (Extraordinary) Meeting of the OPEC Conference. The result? Several significant conclusions were endorsed – the most critical being that OPEC must not ignore the potential risk that the present stock overhang may continue to weigh negatively into the future, impacting producers, consumers and the industry alike.

Member countries have agreed to conduct a constructive dialogue with non-member producing countries in an attempt to stabilise the market and avoid any adverse impacts in the short and medium term – continuous collaborative efforts among producers, both within and outside of OPEC, were highlighted as a key factor that would help restore market balance and sustainability. Furthermore, the challenge of reducing excess stock levels over the coming quarters was addressed, and members noted the drop in US oil inventories seen in the weeks running up to the meeting.

This is a big step for the industry - the last time OPEC agreed in principle to production cuts was during the financial crisis in 2008 – with members deciding on an OPEC -14 production target ranging between 32.5 and 33 million bpd in order to accelerate stock reduction efforts. While OPEC hasn’t actually implemented the cuts yet, and many of the details need to be worked out, a High Level Committee has been allocated to study the implementation of production levels and develop a framework of consultations between OPEC and non-OPEC oil producing countries, including identifying risks and taking proactive measures. These (as well as targets for each country) are due to be decided at the next OPEC meeting on 30 November in Vienna.

So, while all of this looks quite promising, on 23 October, Iraq's Oil Minister Jabar Ali al-Luaibi threw a rather large spanner in the works, informing reporters in a briefing that the country should be exempt from output restrictions due to the funding required to fight the war against the Islamic State. Falah al-Amiri, Director General of the State Oil Marketing Organisation (SOMO) further noted that Iraq's market share was compromised by the various wars it has fought since the 1980s, adding that the country "should be producing 9 million [bpd] if it wasn't for the wars."1 Oil prices dipped on 24 October following the announcement, with Reuters reporting a 0.6% drop in Brent crude to US$51.46/bbl (down US$0.32) and a 0.7% fall in US West Texas Intermediate (WTI) crude to US$50.52/bbl (down US$0.33).2

While things are still very uncertain for the global oil markets, according to analysts, OPEC's upcoming meeting may signal a rebalancing in terms of production and consumption. "A decision to cut to 33 million bpd should keep the crude price basis Brent in the US$50 - 60 band, not least because it shows that Saudi policy has changed, that OPEC is serious and can rise above political disagreements," noted David Hufton, PVM.3 One thing's for sure: all eyes will be on Vienna in November when these crucial decisions will be hashed out by some the industry's foremost figures.