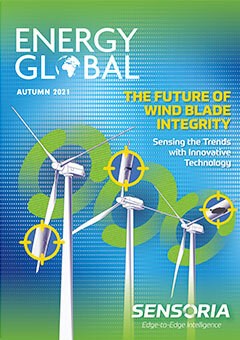 As an industry that is essentially classed as new and fast-paced, when one compares with the more traditional been-around-forever status of the fossil fuel sector, the innovation and technologies that we are witnessing be created with regards to renewables is phenomenal and rather exhilarating.

It is not just the large scale projects that are pumping out prototypes that could change the course of, for instance, tidal energy, but smaller scale ideas are seeping into all aspects of life.

Take the band Coldplay. Loved on a global scale, thus able to influence the millions through their opinions, they paused the tour of their recent album as they were concerned about the environmental impact of their concerts. This is an understandable debate for musicians, as their carbon footprint from global tours can be monstrous, from the flights to the energy for lights, the travel emissions from fans arriving at venues, the list goes on. In order to achieve, or at least attempt to achieve, net zero emissions from their tour, Coldplay has come up with several ingenious methods of making the tour more sustainable. One of the ideas, and my personal favourite, is the use of kinetic floors. With thousands of people attending a concert, why not put their movement to use.

These floors essentially convert the crowd’s movement to energy, allowing the stadiums to power their lights and more. If Coldplay say “jump”, I guess we do all have to. The band does not just stop there – staging will be partly constructed from bamboo (and recycled post-event), one tree per ticket sold will be planted, portable solar panels will help power the stage production, to name a few bright ideas.

The constant influx of news about recent innovations and out-of-the box concepts is definitely driving further developments, and that is why there is a new and exciting announcement in the sector almost daily (www.energyglobal.com is the place to stay on top of all the seupdates).

Recently, Prince William launched a £50 million competition to find solutions to environmental problems and tackle the climate crisis – named The Earthshot Prize. A host of people entered with some fantastic ideas, and the first winners have been announced, covering everything from regrowing coral reefs to forest protection to food waste policies. One of the recipients of an award went to a joint Thai-German-Italian team from the company Enapter, for their AEM Electrolyser. This clean technology turns renewable electricity into emission-free hydrogen gas by splitting water into its constituent elements. With the funding received from Earthshot, Enapter hopes to scale up its technology, hopefully accounting for 10% of the world’s hydrogen generation by 2050.

Prince William is known to be a great supporter of the environment and actively supports many projects to reduce climate change, and has expressed his disdain at the billionaires entangled in the space tourism race that has been in the news over recent months. He stated how “We need some of the world's greatest brains and minds fixed on trying to repair this planet, not trying to find the next place to go and live.” He does have a point. One ticket on Jeff Bezos’ Blue Origin space craft was auctioned off and the winning bid was US$28 million. The Earthshot Prize awards funds of £1 million and these ideas could change the world and benefit future generations.

If the constant advances in the renewables industry interests you – which I assume is the case if you have read this far into the latest issue of Energy Global – then I do hope you enjoy this copy of the magazine and the breadth of information we have for you.