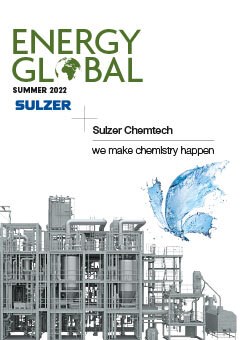 On 18 May, the European Commission published its REPowerEU plan. First outlined in March in the aftermath of the Russian invasion of Ukraine, the objective of this plan is to rapidly and structurally transform Europe’s energy system to reduce dependence on Russian fossil fuels as quickly as possible, without losing track of the long-term ambition of becoming climate-neutral by 2050. For one, it underlines the immediate priority of finding alternative suppliers, and the vital role that energy infrastructure can play in sharing energy among member states. It also stresses the importance of energy efficiency and measures individual consumers can take to save energy. The cheapest form of energy is the one that is not consumed. And then there is renewables.

The massive scale-up of renewables is one of the main pillars in the REPowerEU plan. This is an approach which clearly supports energy independence, while also serving the fight against climate change. A recent poll shows that 84% agree that the war in Ukraine makes it more urgent for EU member states to invest in renewable energy.1

In the new geopolitical situation, the REPowerEU plan proposes a new objective to increase the European renewable energy target from at least 45% of the energy mix by 2030, instead of 40% in last year’s proposal. This would bring the total EU renewable energy generation capacities to 1236 GW by 2030, in comparison to 511 GW today. This new target would enable us to rapidly reduce reliance on natural gas for heating purposes in buildings and industrial processes through heat pumps, solar thermal, and geothermal resources, as well as locally produced biogas from agricultural waste residues. The deployment of district heating systems in densely populated areas will be critical to ensure that renewables can help decarbonise buildings and offices in a cost-effective way, in particular if combined with renovation measures.

In light of the higher renewable energy targets, the European Commission is also taking additional measures to support member states and other stakeholders to speed up the deployment of renewables. Slow and complex permitting procedures for renewables have been a concern. Whilst legislation mandates specific time limits to permitting procedures for renewables, these rules are not evenly implemented across member states. This is why the European Commission will issue a guide to share best practices, as well as a set of recommendations to remove any ambiguities in the application of existing EU legislation. Furthermore, the European Commission is amending the existing legislative framework to introduce so-called ‘go-to areas’ where renewables deployment can take place through shortened and simplified permitting procedures, whilst minimising any potential impacts on the environment.

Taken together, we believe these measures can help the EU address the most difficult geopolitical challenge that Europe has seen in more than half a century without losing focus of the longer-term fight against climate change.