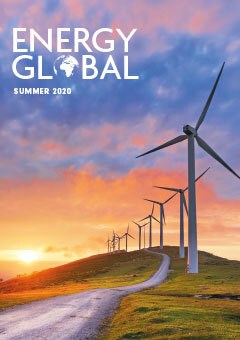 Throughout our existence, humans have achieved unimaginable feats in nature in order to thrive and develop. We have extracted oil from deep below the Earth to run our cities, mined precious metals to power our smartphones, covered once-rich terrain with thick tarmac to enable transport routes, and exhausted the oceans of marine life to feed our populations, to name just a few.

Current conversation and concern for the environment and the literal future of the world, has never been more on trend. From the large corporations to governments of all levels, the news is frequently highlighting recent moves and strategic plans to achieve net zero carbon emissions.

The latest international names that spring to mind include Apple’s commitment to be 100% carbon neutral for its supply chain and products by 2030, and BP’s aspirations to develop from a global oil company into an integrated energy company that invests in low carbon technologies.

It is not the case that this new decade has suddenly caused the world to now disfavour the pollutant smog in Beijing or the traffic congestion of Los Angeles’ highways, but it is the combination of sharply falling costs and technological advances that are making the present seem the best time to go green.

To harness the power of nature involves the acquisition of a free resource, both clean and abundant. The renewable projects being undertaken across the world are implementing remarkable engineering ingenuity, in order to capture and utilise the free resources at hand.

Sun Cable is developing an AUS$22 billion solar power project in Australia’s Northern Territory which will deliver green energy to Singapore via a 3700 km electricity cable. Within recent weeks, the Australian government awarded ‘major project status’ to the undertaking, with the goal of fast tracking the project’s construction.

Countries in the Gulf are also ramping up their commitment to renewable energy sources, perhaps attributed to their drive to export larger quantities of their fossil fuel products to international markets (for the revenue stream), and retain the clean energy domestically. One planned solar plant in Abu Dhabi, UAE, hopes to supply enough energy to reduce the city’s carbon dioxide emissions by almost 2.4 million t, which equates to the same value as removing 470 000 cars from the road. This Al Dhafra Solar PV project will reportedly be the world’s largest solar power plant, once completed.

An essence of competition is never a bad thing, and some friendly rivalry between countries as they seek to build the largest wind farm or the longest subsea power cable, etc. and race to lead the world as a renewables exporting superpower, can surely only have positive repercussions.

However, there is no immediate switch from being reliant on fossil fuels to using solely clean energy. Over the coming years, the energy transition will be at the forefront of government policies and company objectives, as they sprint to meet the commitments of climate change agreements such as the Paris Agreement.

In this first issue of Energy Global magazine, our in-depth technical articles cover a spectrum of renewable energies, including a vast hydrogen pilot project in the North Sea, how to create energy from wood waste in Canada, and technologies for storing energy to balance out the variability of renewable power, plus a variety more.

Energy Global aims to report on this rapidly evolving industry, covering the ingenious technologies, the political developments, the economic support, and the overall green future that the world seeks.

Subscription to this digital magazine is free, and advertising and editorial opportunities are available. For more information, please contact Will Pownall or Lydia Woellwarth.