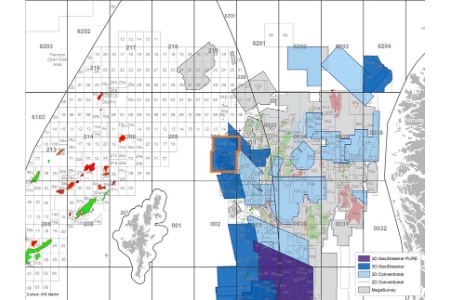 PGS and the survey prefunder have said they are "very pleased" with the "excellent" seismic data quality. Both the exclusion zones of the Western Isles FPSO and the Tern platform led to expected coverage holes that will be filled with vintage data to deliver full coverage within the entire survey area.

The seismic data is being processed in the company's Weybridge imaging centre and early results will be available in August.

The Ramform Tethys is now in transit to the Barents Sea and will acquire another MultiClient survey, extending coverage in the Hammerfest Basin later in the season.

Read the article online at: https://www.oilfieldtechnology.com/exploration/28052020/pgs-concludes-east-shetland-basin-seismic-survey/